Your are Ethiopian Until Proven Otherwise: Contested Nationality, Ethnic Eritreans and Stateless Persons in Israel


Large numbers of Eritreans, Sudanese, and other Africans started to enter Israel via its southern border in 2006. These individuals were first put under the protection of the United Nations High Commissioner for Refugees (UNHCR), which registered and documented them. In 2008, individuals under this category began to be registered and documented by the Israeli Ministry of Interior (MOI). While the MOI fully replaced the role of UNHCR starting in July 2009, the cases of Sudanese and Eritreans were not individually examined, and the citizens of these countries were put under a "non-removal" policy. In 2009, the MOI also began to examine the cases of individuals from countries not included in the non-removal policy, referred to by the MOI as the "temporary protection policy." Although the grave faults of the way asylum applications are examined by the MOI and the implications of the non-removal policy as exemplified by the case of Southern Sudanese have been discussed elsewhere (Berman 2012, Lijnders 2013), other aspects of asylum that concern mostly the Eritrean and Sudanese populations have not yet been thoroughly discussed and analyzed. The purpose of this report is to explore these issues and show that these groups of individuals have not had their needs appropriately met as a result of the way the MOI handles their cases and claims.

The report is based on several months of research that included conducting interviews and gathering written material (mostly court records). It is also based on material collected at the African Refugees Development Center (ARDC) as part of the Asylum Assistance Application project throughout the last three years. 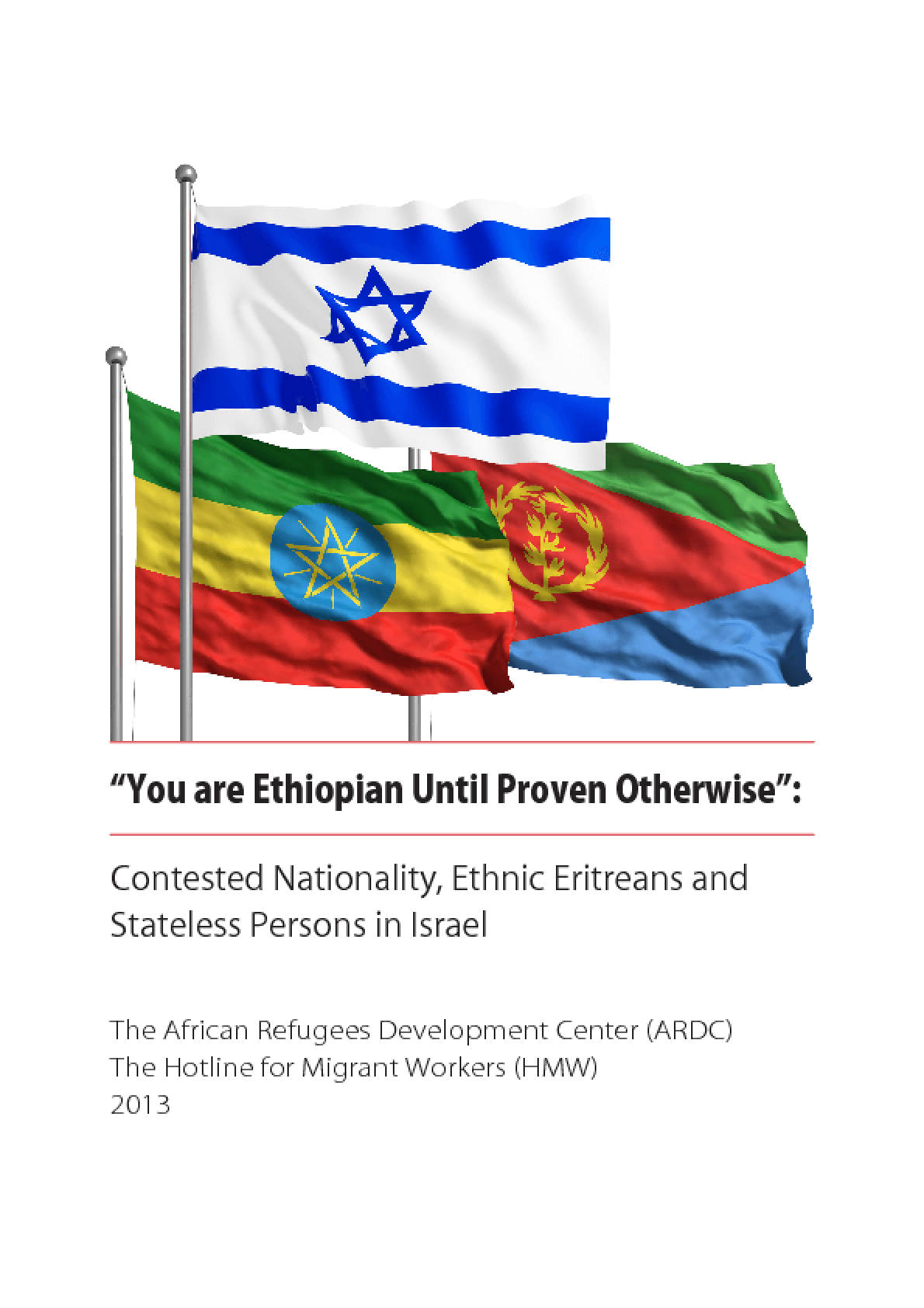