Yes We Can: The Schott 50 State Report on Public Education and Black Males, 2010

An overwhelming majority of U.S. school districts and states are failing to provide the resources black males need to close the graduation gap. The report breaks down graduation rates for black, non-Hispanic male students by district and state, and compares these rates with their white peers. It also analyzes states by education inequity and National Assessment of Educational Progress scores. 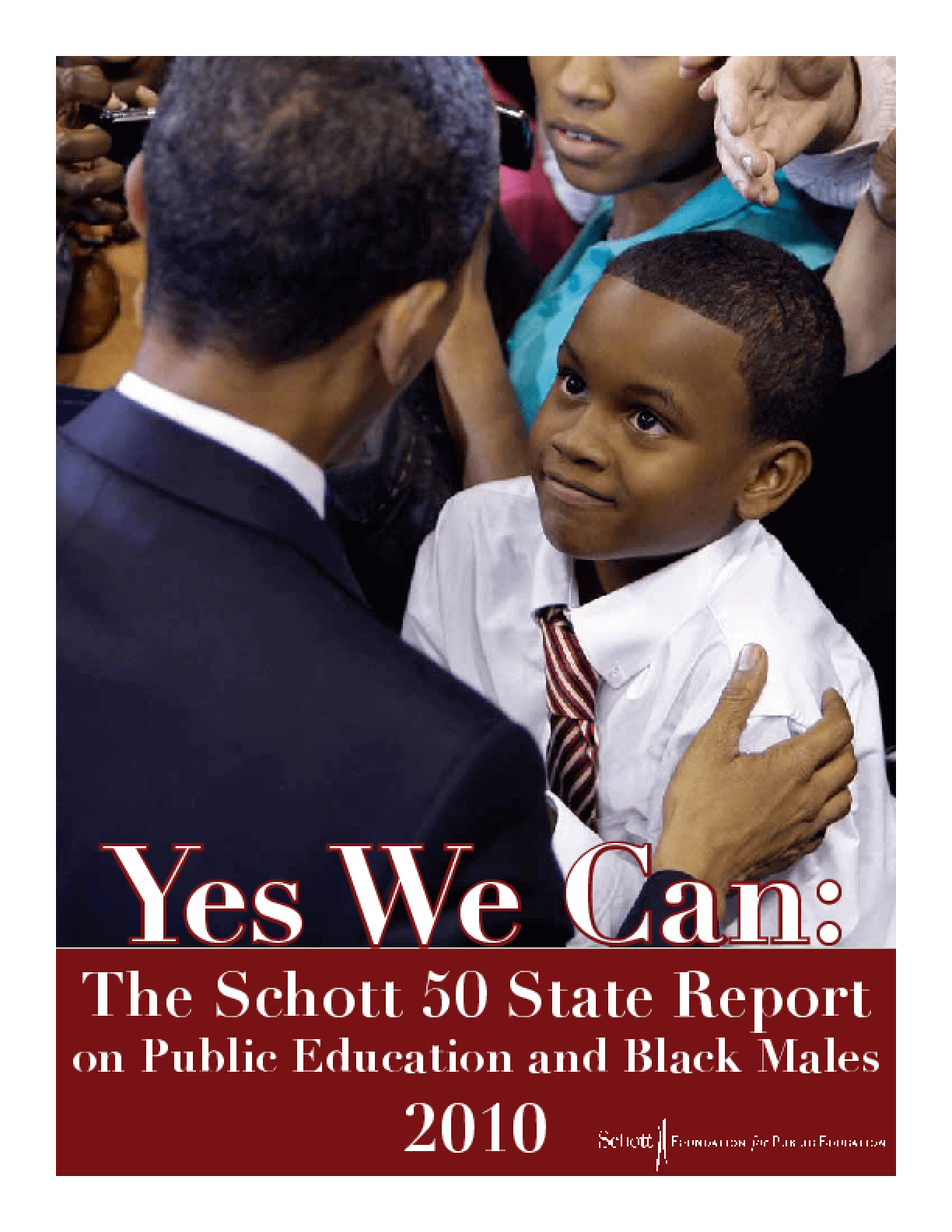