When Hurricane Sandy hit New York City on October 29th, 2012, approximately 80,000 people residing in over 400 New York City Housing Authority (NYCHA) buildings lost many essential services such as electricity, use of elevators, heat and hot water.The City's response to Hurricane Sandy was slow and communication to residents before, during and after the storm was inadequate. As a result, many community-based organizations stepped in to provide relief to residents in need. More than a year after Sandy, residents in hard hit areas across New York City still face serious problems related to the storm such as mold, elevator malfunction and rodent infestation. 24 temporary boilers which remain in 16 developments break down easily leaving residents with sporadic heat and hot water. These problems were uncovered and exacerbated by Sandy but they are not new; policy choices and disinvestment over the last decade have caused NYCHA residents to live in an ongoing state of neglect. As an estimated $3.2 billion federal dollars comes into New York City6 for relief and resiliency efforts (including $308 million for NYCHA) and NYCHA revamps its Hurricane Emergency Procedure, several community organizations across the City, in conjunction with the Alliance for a Just Rebuilding, including Community Voices Heard, Good Old Lower East Side, Families United for Racial and Economic Equality, Red Hook Initiative, Faith in NY and NY Communities for Change have come together with research support from the Community Development Project at the Urban Justice Center to assess how NYCHA residents living in storm-affected zones are faring and to develop solutions for how NYCHA and the City can address the issues exposed by Sandy. 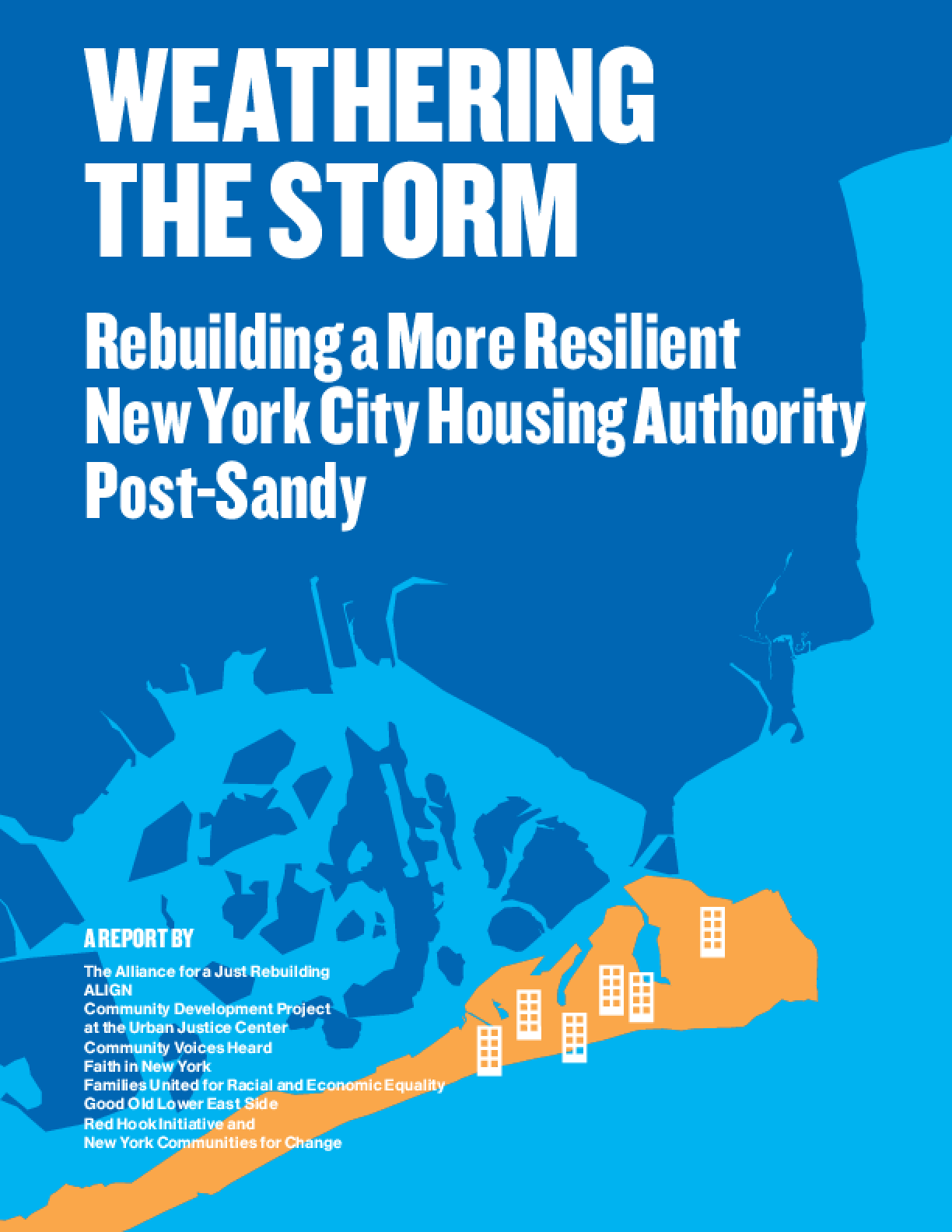