In the three years since the U.S. Supreme Court handed down its ruling in Shelby County v. Holder, voters who were once protected by Section 5 of the Voting Rights Act have been subjected to racial discrimination at every juncture of the electoral process. Voters and advocates have fought many of these proposals tooth and nail, in courthouses, statehouses and city council chambers nationwide, frequently resorting to expensive and protracted litigation. Despite this massive undertaking, countless voting laws have changed without public notice or scrutiny because Shelby removed federal oversight and transparency requirements from states previously covered by Section 5. Unless Congress acts quickly, 2016 will be the first presidential election in 50 years without the full protections of the Voting Rights Act. It is also an election that could be won or lost in just a few key states -- states where minority voters could determine the outcome. 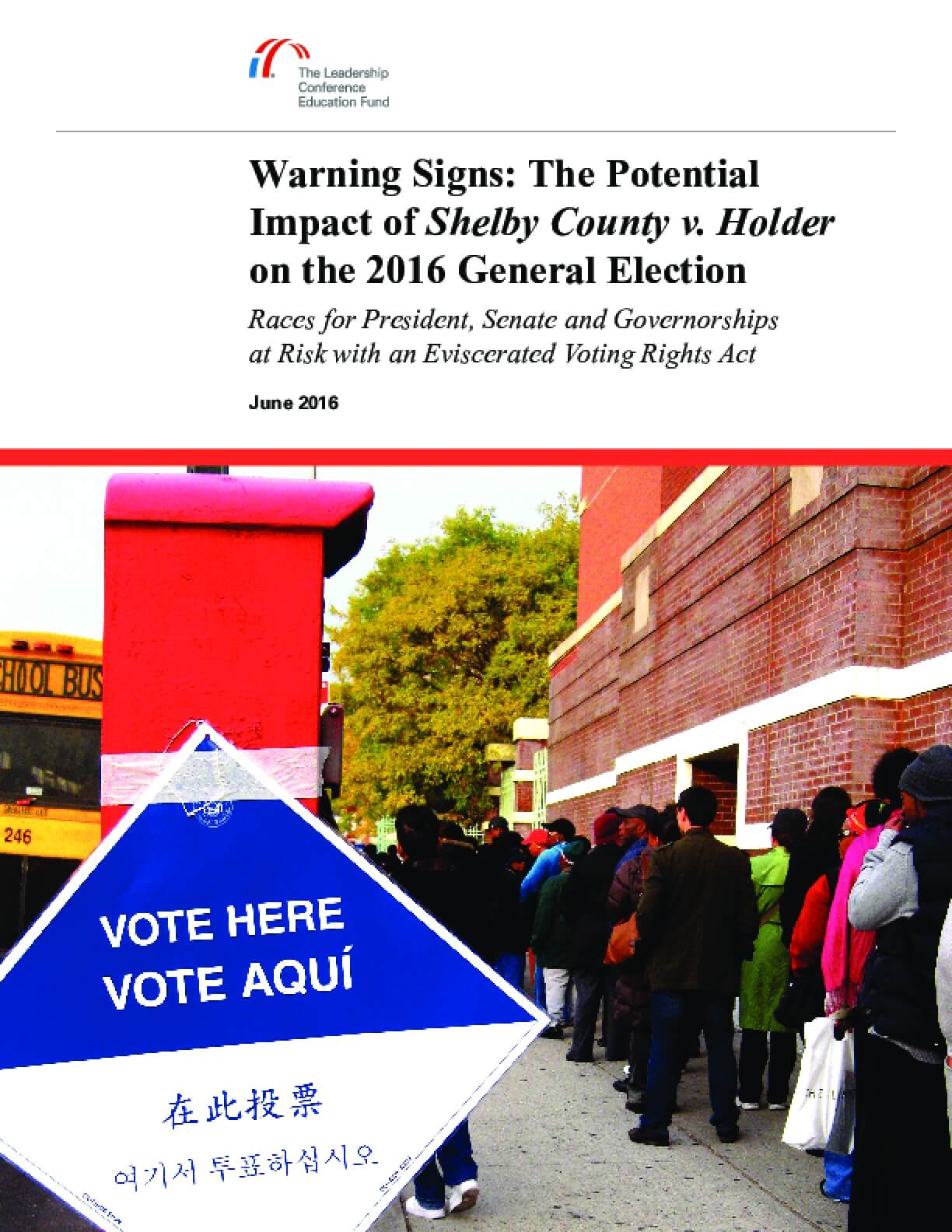