This national report form the Coalition for Juvenile Justice (CJJ) finds that detaining youth charged with offenses in locked facilities while awaiting their hearings has become an automatic catchall response across the United States. As a result, many young people with mental health, substance abuse and family problems -- most of whom are 15 years or younger, nonviolent and disproportionately youth of color -- are needlessly swept into locked facilities. Although detention can be useful for offenders who may be dangerous to others or themselves, or who may flee a court hearing, in reality it has become a hidden closet where youth are sent when no one knows what else to do with them. According to CJJ, more than 27,000 American children and teens reside in secure detention facilities on any given day, some of whom will be acquitted or released. Moreover, this number has increased 72% in the last decade despite a simultaneous drop in juvenile crime. The report further demonstrates that detaining juveniles is more likely to increase rather than decrease future offending, and cites exemplary efforts designed to reduce the number of youth who inappropriately flow into confinement and to provide family- and community-based alternatives that better utilize limited public resources. 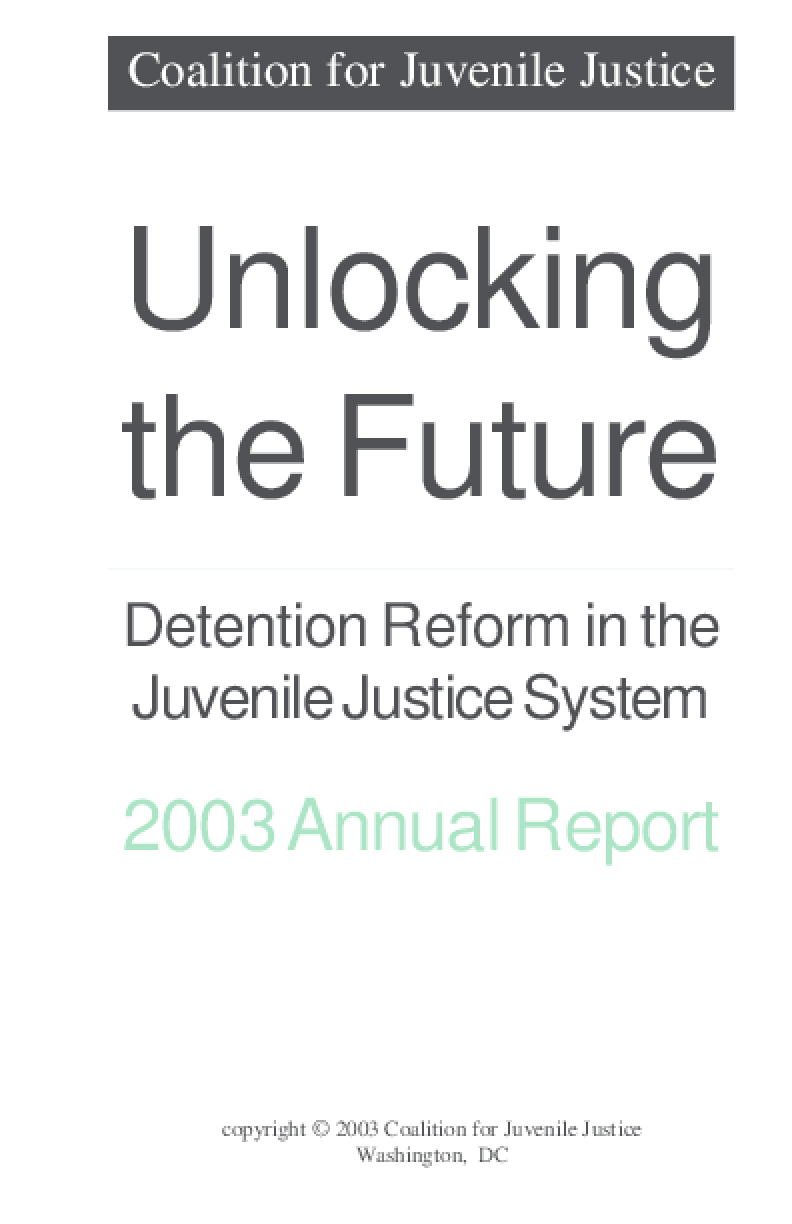