This historical timeline attempts to capture, in one place, many significant moments, events, controversies and victories that have defined the racial landscape since the turbulent days following the LAPD/Rodney King beating verdict over two decades ago. When communities in Los Angeles rebelled, "race riots" exploded the commonly held myth that our nation had progressed from the explicitly unjust conditions that had defined earlier generations. And in the decades since, the history chronicled in this timeline belies the notion that the U.S. is a "post-racial" society.

For funders seeking to understand and provide resources in support of racial justice work, this timeline also includes some of the key events in philanthropy that were shaped by the incidents, policies and cultural manifestations of race and racism during these years. 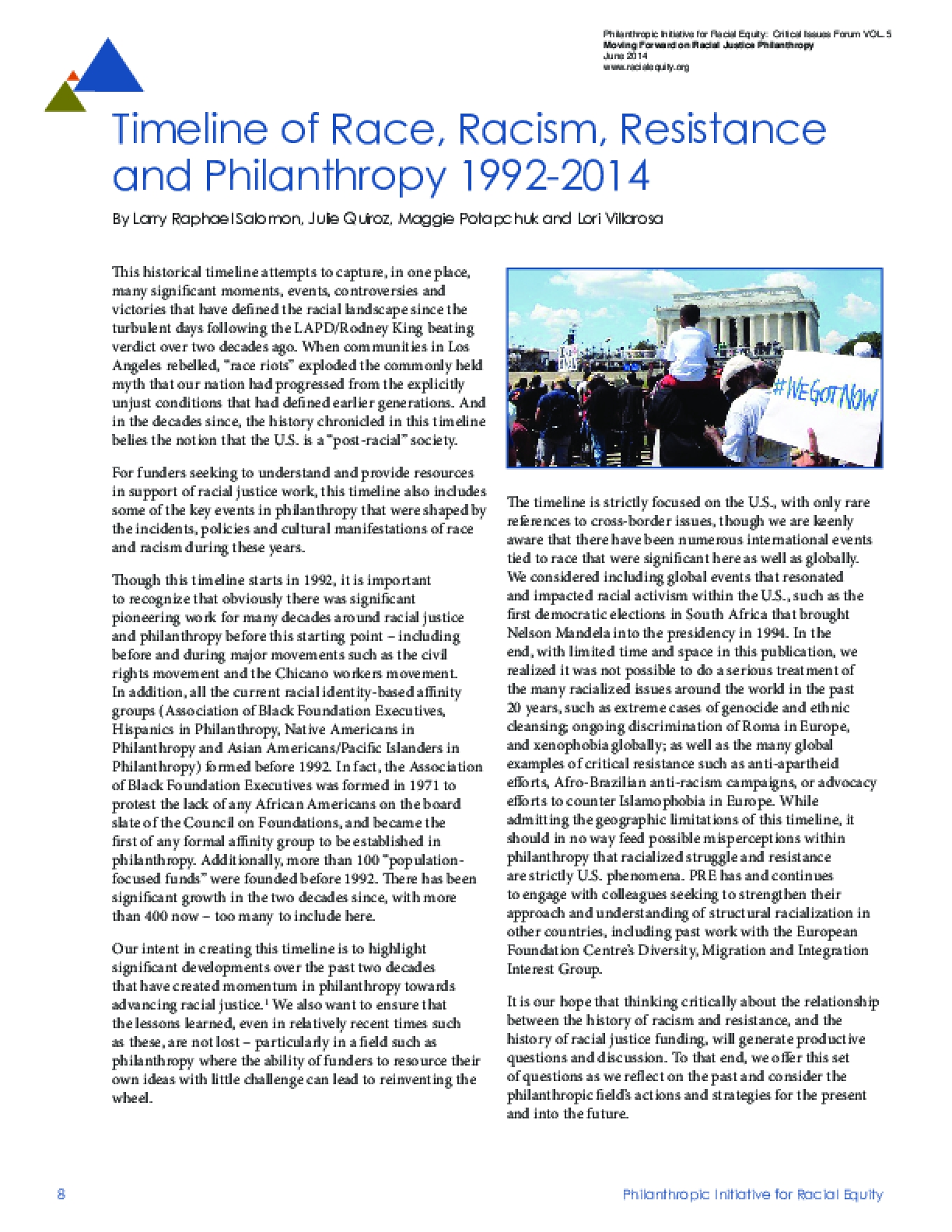