The Urgency of Now: The Schott 50 State Report on Public Education and Black Males, 2012

The Schott Foundation presents a picture of vast inequality, with black males continuing to be the race/ethnicity-gender group least likely to graduate high school in four years, as they have been since 2004. The report cites the need to address the "pushout" and "lockout" crisis in the education system, suggesting support-based reform and highlighting positive solutions. 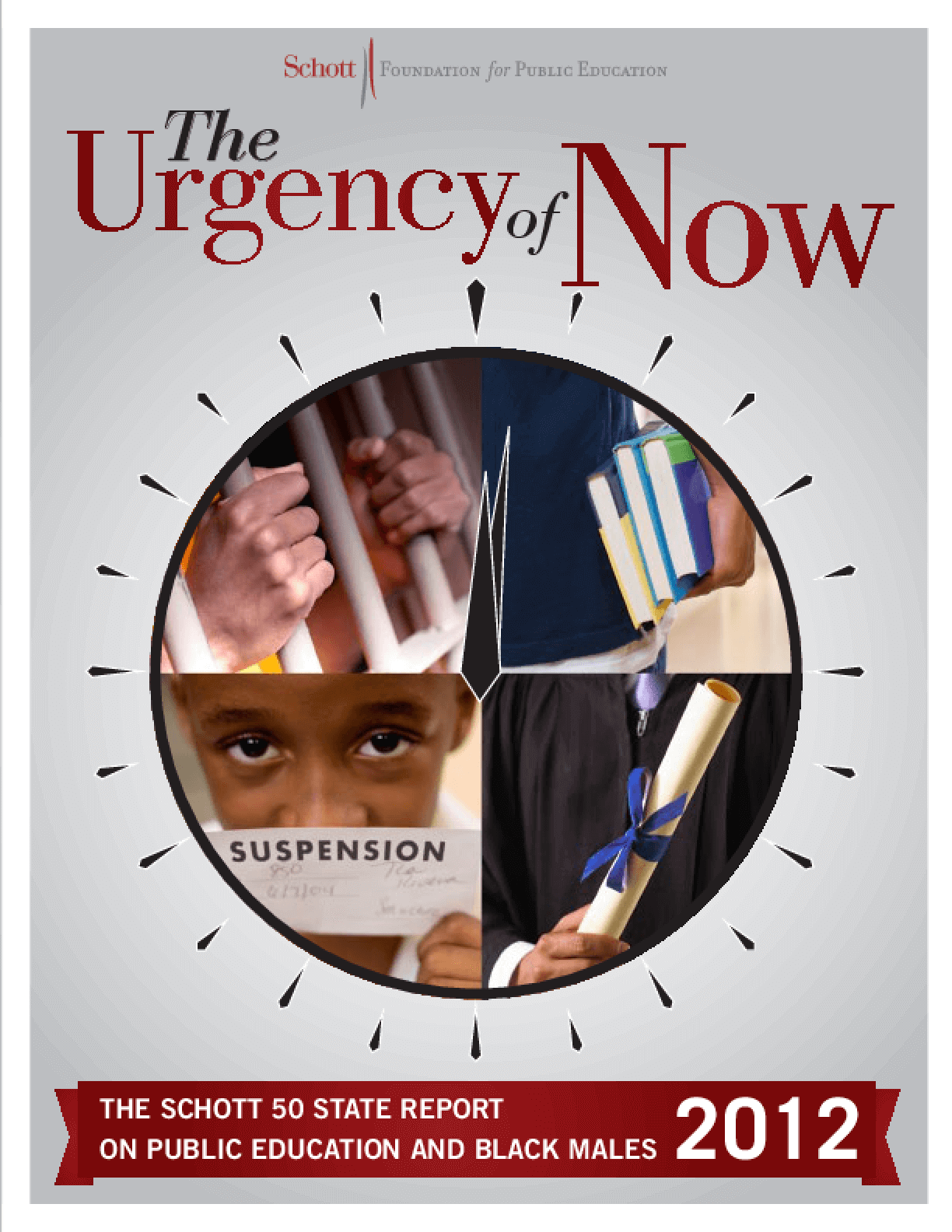