The Return of Business Creation

Freshly released government data show that new business formation rebounded in 2011, after four years of decline, from the depths of the Great Recession. This is a welcome development -- new businesses are the engine of job creation in the United States economy and an important source of innovation and productivity. Perhaps most importantly, the rise in new business formation between 2010 and 2011 was geographically dispersed throughout the United States. While the rise of new business creation in 2011 is a significant development -- it is the first annual gain in five years and the largest percentage annual increase in nearly a decade -- the bulk of this paper examines two classes of new businesses that most closely resemble entrepreneurship: companies less than one year old with one to four employees and those with fine to nine. This analysis finds that the smallest of these new firms represent most of the increase in firm formation in 2011: * New companies with one to four employees comprise the vast majority of new businesses formed each year, accounting for, on average, 86 percent of new firms since the late 1970s in the BDS data. * Job creation at new businesses of all sizes increased by 4.3 percent, and rose by 5.4 percent in new companies with one to four employees, reversing four consecutive years of decline for those smallest companies. * Companies less than one year old with one tofour employees have created, on average, more than 1 million jobs per year over the past three decades; those with five to nine employees have added, on average, half a million jobs per year. * With a promise of more detailed analysis infuture reports, this paper presents maps that illustrate the increased share of new business formation in most states and metro areas across the nation. 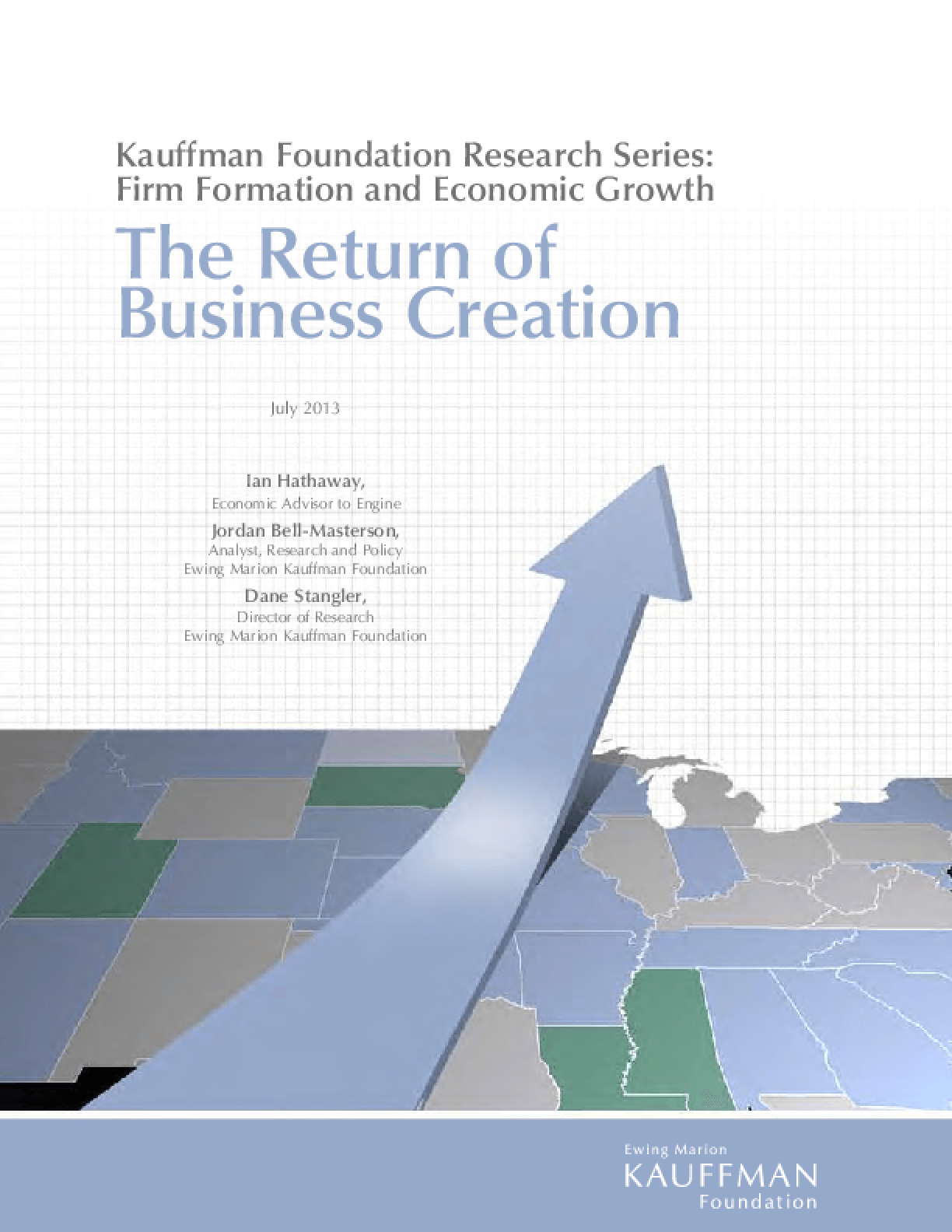