In this ninth annual survey of nonprofit organizations (charities and foundations), respondents answered questions comparing their organizations' total contributions in the first nine months of 2010 compared with the same period in 2009. Nearly the same percentage of organizations reported that giving was up as those that reported giving was down. Of the about 2,500 responses, 36 percent said giving rose and 37 percent said giving fell, while the other 26 percent reported that total giving remained the same. 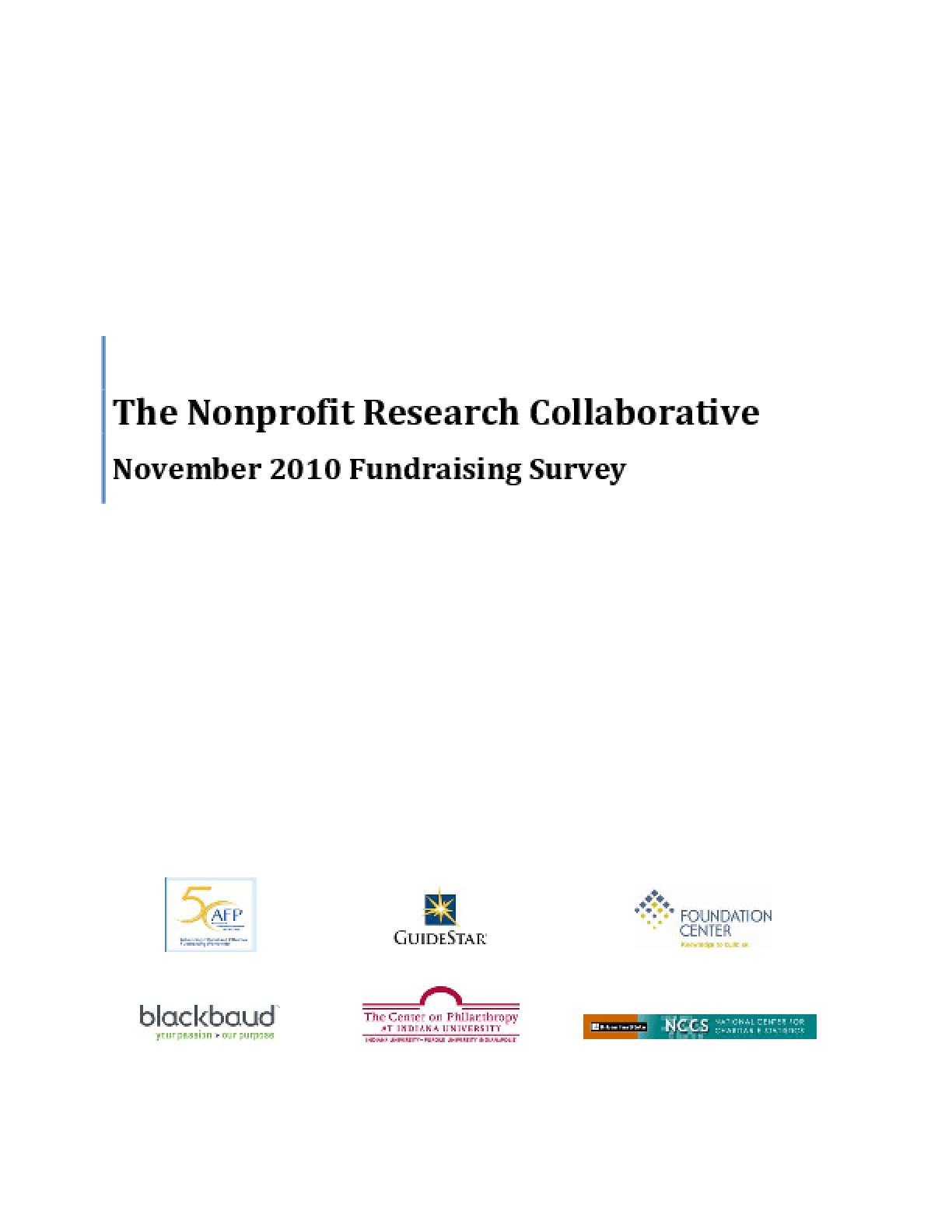