When Hurricane Katrina struck the Louisiana coast on August 29, 2005, the urban fabric of New Orleans was devastated, including a large number of its arts organizations and historic sites. Along with the physical damage to collections and structures caused by the storm, organizations were faced with the fact that post-Katrina New Orleans would be a very different place, one with a changed demographic and far less tourism, and thus business as usual was not going to be possible. The Getty Foundation was among the first institutions to step in and help, establishing a special fund to revitalize the city's cultural institutions as they recovered from the impact of the hurricane.

A decade after Katrina, the Getty Foundation completed a study of the impact of its Fund for New Orleans. One of the key findings of our report is that all of the institutions that received Getty grants have survived, and most are thriving ten years later. Overall the outcomes of the Foundation's support in this area demonstrate that relatively small grants in the face of a disaster of that magnitude, if well designed and executed, can make a difference. 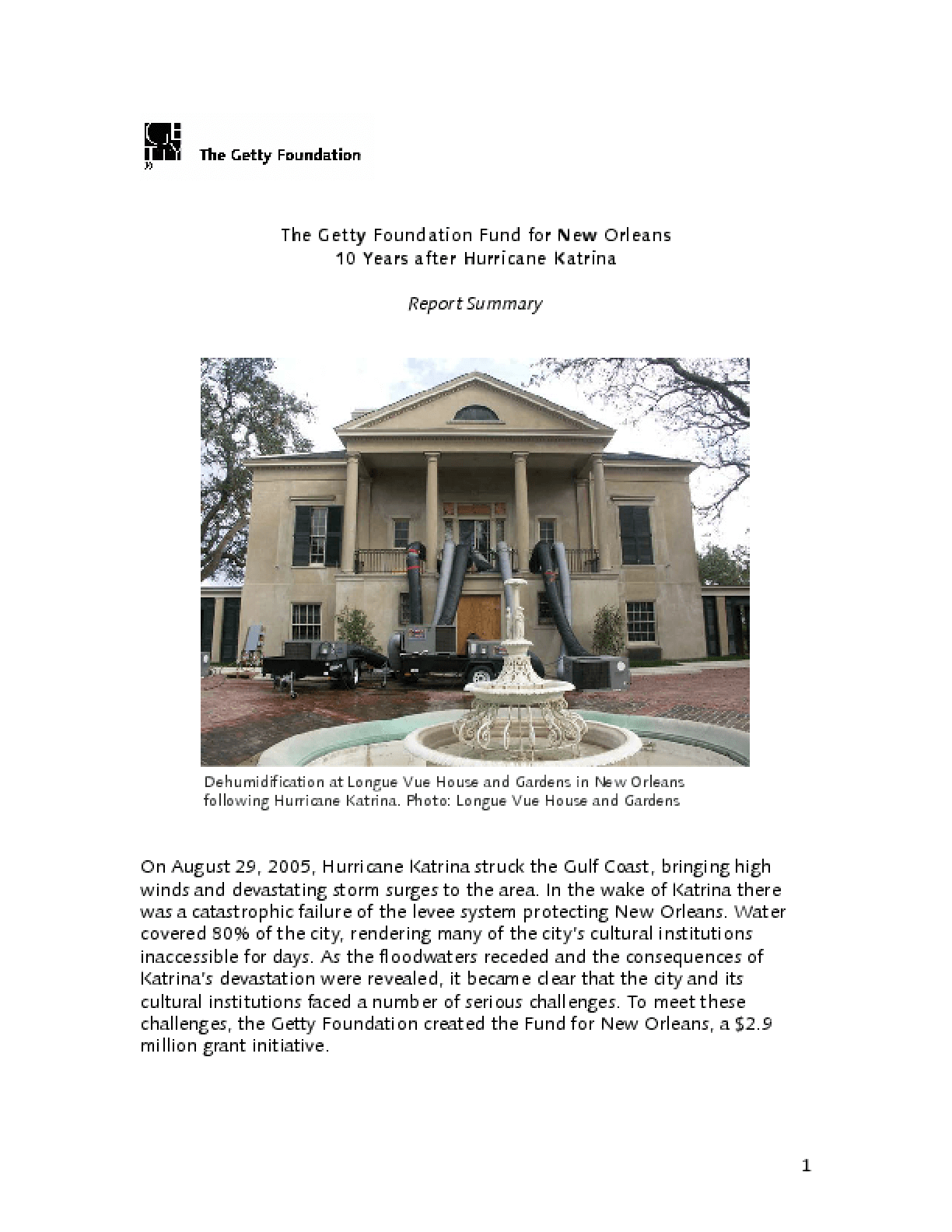