The Elimination of the Sexual Exploitation of Children: Two Policy Briefings

The Oak Foundation child-abuse programme has funded and supported a range of civil society actors over the course of the last ten years, with the aim of reducing the incidence of the sexual exploitation of children, focusing primarily on work in East Africa, Eastern and Central Europe, Brazil and India. The Foundation is committed to expanding this work, focusing 50 percent of resources over the next five years, within two priority areas:


* The elimination of the sexual exploitation of children;


* The positive engagement of men and boys in the fight against the sexual abuse of children.


Under the first of these priorities Oak Foundation requested Knowing Children to produce two documents to guide a strategic-planning meeting of the child-abuse team in mid-October 2011:


* Preventing children's entry into all forms of sexual exploitation. 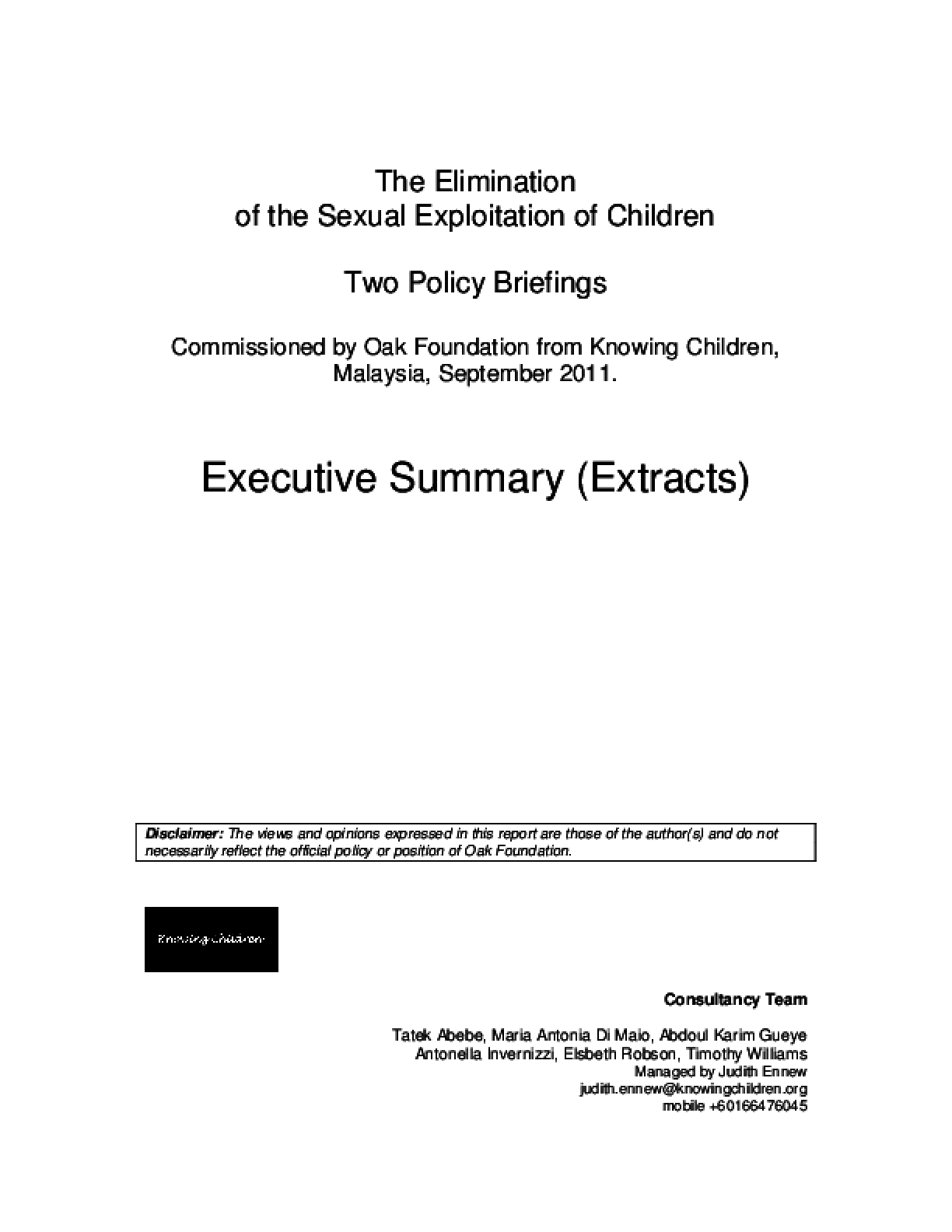