For years, community groups and advocates around the country have waged pitched battles to eliminate payday lending in their respective states. Notwithstanding extensive documentation of the payday lending debt trap and the billions of dollars payday lenders have systematically stripped from low-income families and communities, especially those of color, the payday lending industry has cannily built and exerted its political power in state capitols throughout the U.S. As a result, many states permit usurious payday lending, with often dire consequences for millions of payday loan borrowers already struggling to make ends meet.

A key move in the industry's playbook is to convince states that the best way to address predatory payday lending is to regulate the industry. But regulations in states that authorize payday loans are too often written by industry and porous at best, and across the board fail to eliminate the hooks that trap people in these usurious and harmful loans. Other less subtle strategies the industry employs are to co-opt state legislators through generous campaign contributions, and to lobby aggressively against any and all attempts to prohibit or curtail payday lending.

This report presents snapshots on payday loan regulation in four key states -- California, Illinois, New York, and North Carolina. The snapshots are intended to provide helpful lessons and serve as a useful basis for comparison. Although New York has long prohibited payday lending altogether through its strong usury law, North Carolina opened the door to payday lending for five years before restoring its previous ban in 2001. Illinois, by contrast, has attempted to restrict payday lending through a series of legislative and regulatory reforms adopted over the past 12 years, many of which the industry immediately circumvented. California, for its part, has few payday loan regulations on the books. While some cities and counties in California have sought to curb payday lending by passing local ordinances, the industry has to date successfully thwarted all efforts to pass meaningful state-level protections.

The four organizations that prepared the snapshots -- California Reinvestment Coalition, New Economy Project (formerly NEDAP), Reinvestment Partners, and Woodstock Institute -- offer their perspective as financial justice advocates that have been in the thick of payday lending battles in their home states. Their direct experience with a range of regulatory frameworks has shown that strong usury caps have proven the single most effective means of banning payday lending.

The report comes at an exciting time. Advocates have spent years refuting and defending against the payday lending industry's shameless and aggressive lobbying, and there is now a clear turning of the tide. Last month, the Consumer Financial Protection Bureau published a comprehensive study on storefront and bank payday loans, which showed how payday loans lead many borrowers to a long-term cycle of indebtedness. That same week, the Federal Deposit Insurance Corporation and Office of the Comptroller of the Currency issued strong proposed guidance that would effectively rein in predatory payday lending by banks. There is an emerging chorus at local, state, and federal levels calling for an end to payday lending -- whether by banks, storefront payday lenders, or over the internet -- and the squeeze is now squarely on the industry. The changing dynamic will likely increase pressure in battleground states, such as California and Illinois, and we hope soon to see strong federal action that ends payday lending once and for all. 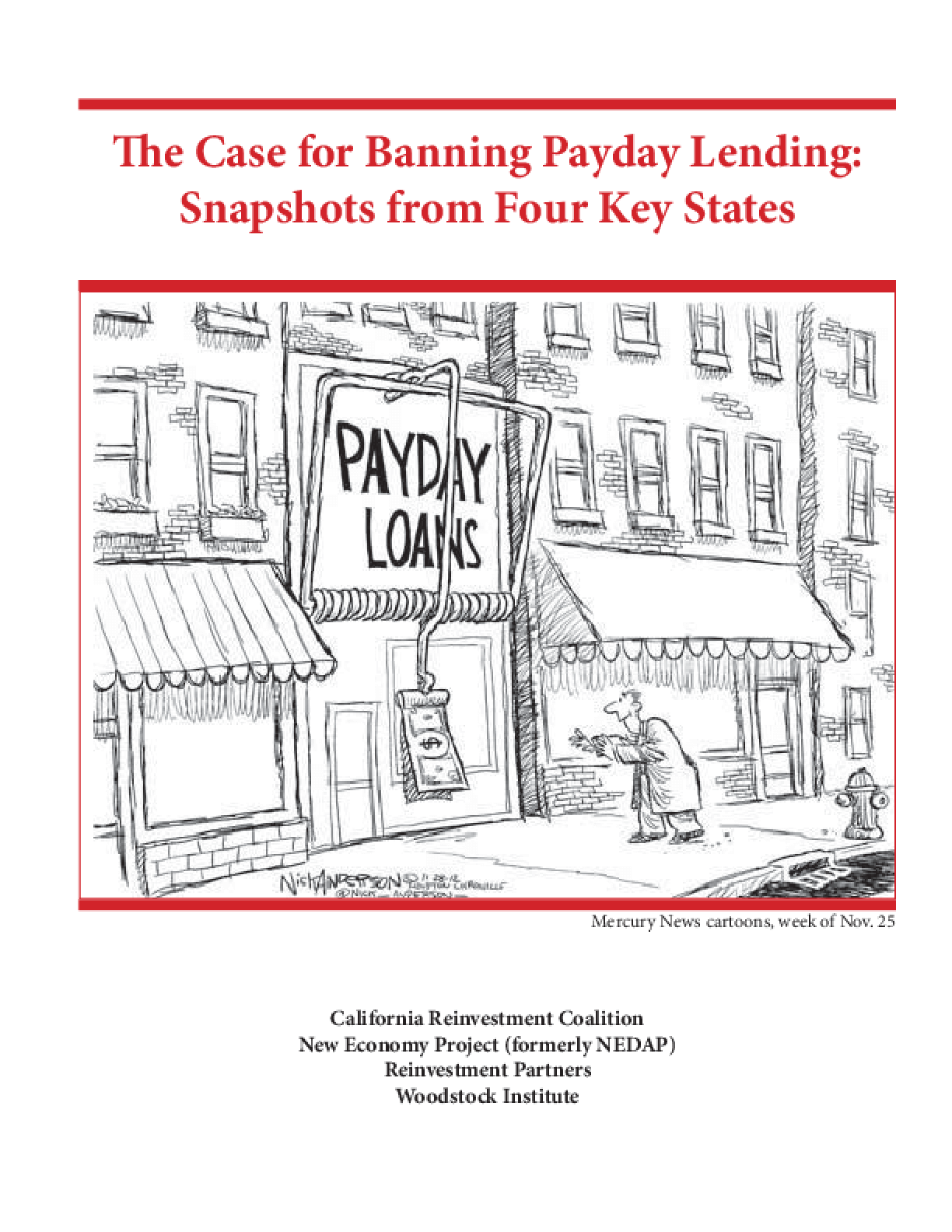