The 100 Million Project: The Untold Story of American Non-Voters

In 2016, nearly 100 million eligible Americans did not cast a vote for president, representing 43% of the eligible voting-age population. They represent a sizeable minority whose voice is not heard in our representative democracy. Most of our attention, in politics and in research, tends to fall almost exclusively on "likely" voters perceived to make the most difference in the outcome. As a result, relatively little is known about those with a history of non-voting. Yet their non-participation is a key feature of our democracy, and raises important questions about the basic health of a participatory society.

To help understand this large segment of the population, the John S. and James L. Knight Foundation commissioned Bendixen & Amandi International to develop a comprehensive study of those who do not vote. This study surveyed 12,000 chronic non-voters nationally and in 10 swing states, soliciting their views, attitudes and behaviors on a wide range of topics. For comparison purposes, a group of 1,000 active voters who consistently participate in national elections and a group of 1,000 young eligible voters (18-24 years old) were also surveyed. Findings were further explored through in-depth conversations with non-voters in focus groups held around the country. 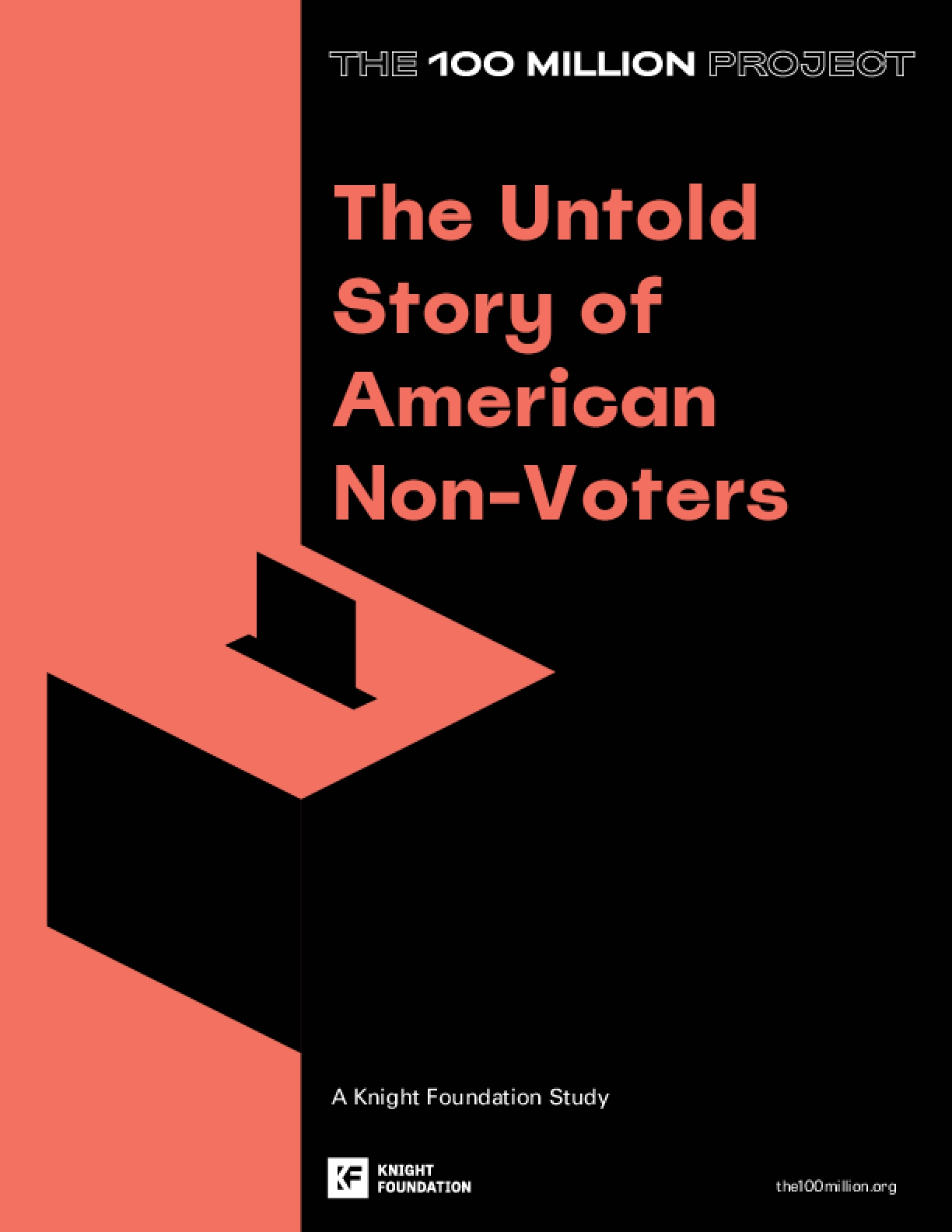