This report suggests that accelerating female entrepreneurship could have the same positive effect on the U.S. economy that the large-scale entry of women into the labor force had during the 20th century. While women represent more than half of the educated U.S. population, they have far lower levels of participation in growth-oriented entrepreneurship than men do. Women-owned businesses account for only about 16 percent of the nation's employer firms and, among high-growth firms, they typically account for fewer than 10 percent of founders. 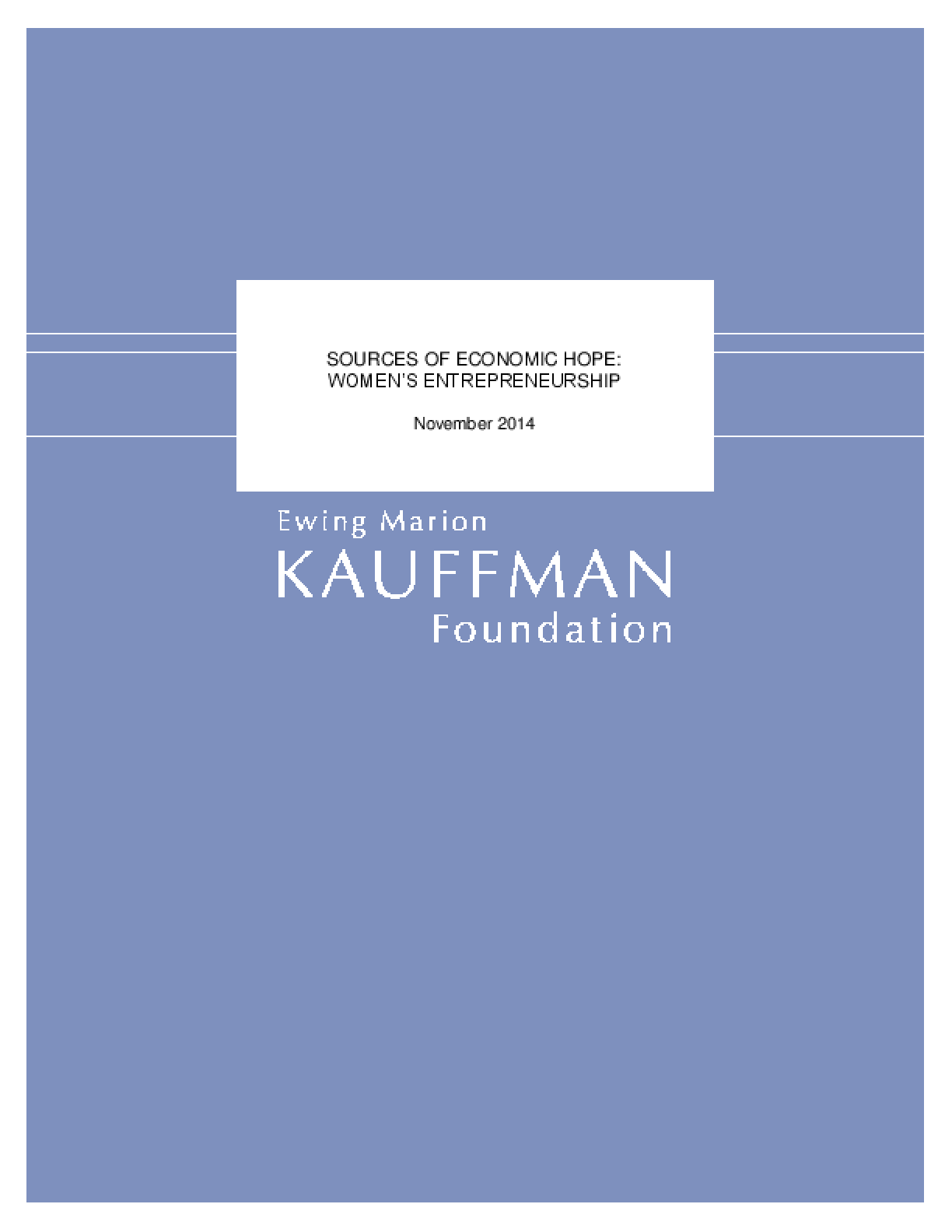