Should It Stay or Should It Go?: Exploring the potential for structural reform in Milwaukee County government

Milwaukee County government faces immediate and substantial fiscal and programmatic challenges. The county's structural deficit -- defined as the gap between expenditure needs and anticipated revenues -- is projected to grow from $48 million in 2011 to more than $106 million by 2014, despite several successive years of significant expenditure and staff reductions and anticipation of significant wage and benefit concessions in 2010. This projection is the clearest indication yet that the county's finances are crumbling and that valued services in areas like parks, transit, mental health and public safety face severe degradation without prompt and concerted action. This action could take any of several forms, including the complete elimination of Milwaukee County government. This report, commissioned by the Greater Milwaukee Committee, provides detailed analysis and perspective on the complex issues surrounding that option, as well as other potential structural changes. 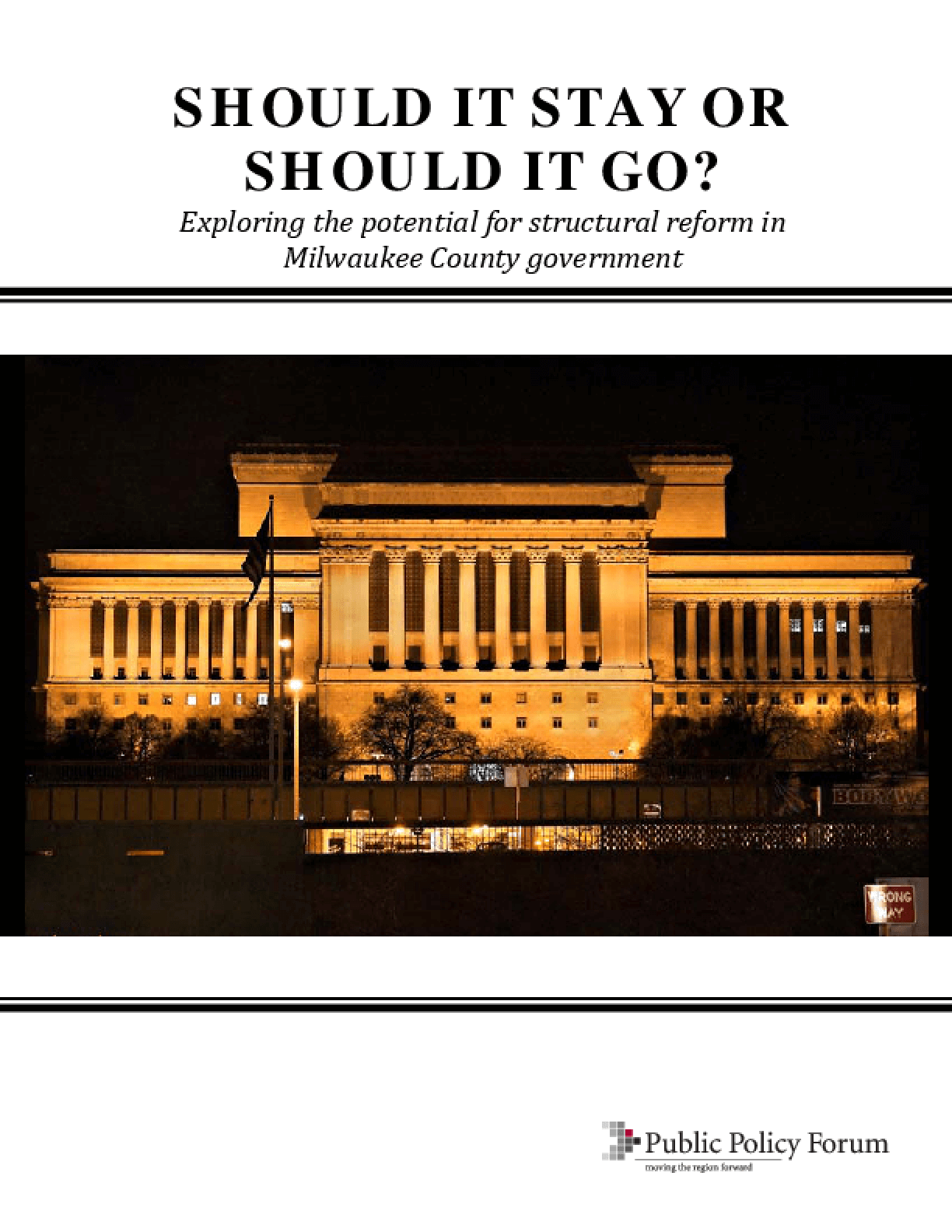