Civil society is increasingly coming under assault around the world, as authoritarian governments grow more bold and sophisticated in stifling independent groups that monitor elections, expose corruption, or otherwise give citizens a voice in how they are governed. In response, senior U.S. officials have reaffirmed their support for universal rights, including freedom of association, while mid-level officials have criticized specific abuses against civil society. However, only modest U.S. government efforts have dealt systematically with the global nature of the crackdown on civil society. This weak U.S. response to the crackdown hurts U.S. interests and undermines U.S. credibility abroad. The U.S. government needs to respond to the threats against civil society more forcefully.

To curb the global crackdown, the United States needs to systematically oppose efforts by authoritarian governments to control civic space, take vigorous political and diplomatic measures to support civil society organizations that come under threat, and get around government restrictions designed to isolate local organizations from the international community. Effective U.S. policy to defend civil society needs to respond comprehensively to the global nature of the crackdown and, at the same time, turn the tide in key countries where repression of civil society has significant regional repercussions. While bipartisan collaboration is critical to make such policy effective, a strong U.S. response to the global crackdown on civil society must begin in the White House. 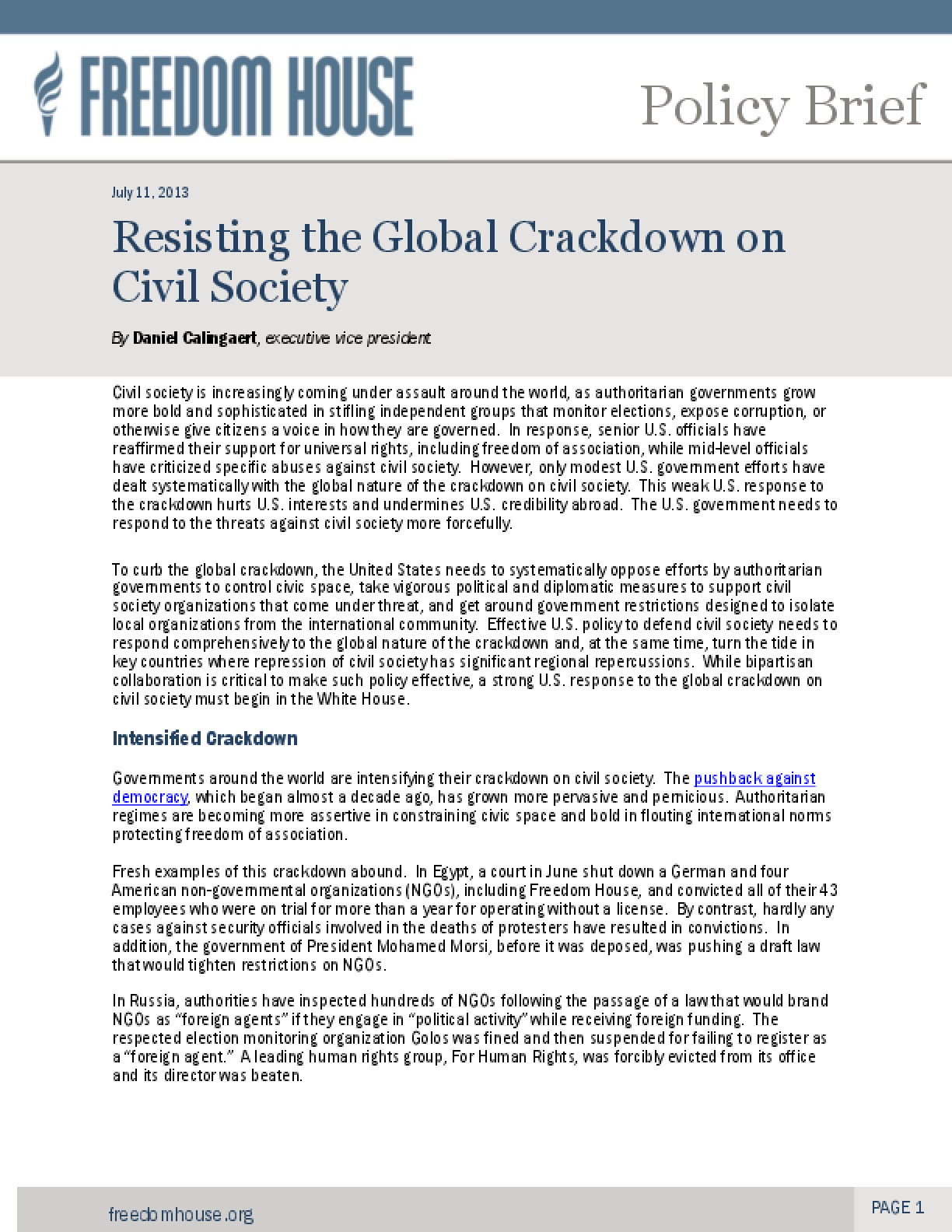