People of color are overrepresented in our criminal justice system. One in three African American men born today will be incarcerated in his lifetime. In some cities, African Americans are ten times more likely to be arrested when stopped by police. With the national debate national focused on race, crime, and punishment, criminal justice experts are examining how to reduce racial disparities in our prisons and jails, which often serve as initial entry points for those who become entangled in the criminal justice system.This report, which relies on input from 25 criminal justice leaders, pinpoints the drivers of racial disparities in our jails, lays out common sense reforms to reduce this disparity, including increasing public defense representation for misdemeanor offenses, encouraging prosecutors to prioritize serious and violent offenses, limiting the use of pretrial detention, and requiring training to reduce racial bias for all those involved in running our justice system. 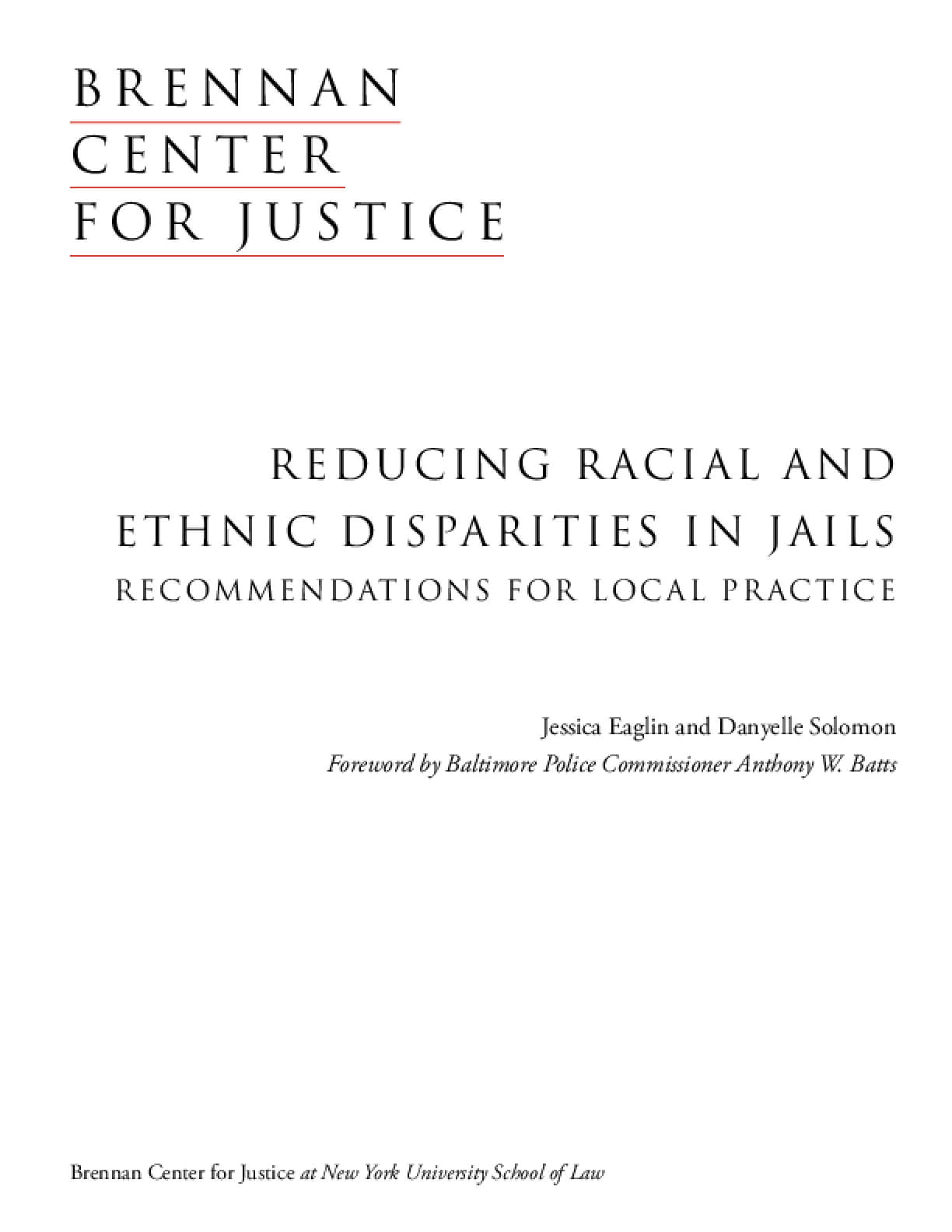