Radio Deregulation: Has It Served Citizens and Musicians?

This report is an historical, structural, statistical and public survey analysis of the effects of the 1996 Telecommunications Act on musicians and citizens. Each week, radio reaches nearly 95 percent of the U.S. population over the age of 12 (see Chapter 5, p. 69). But more importantly, radio uses a frequency spectrum owned, ultimately, by the American public. Because the federal government manages this spectrum on citizens' behalf, the Federal Communications Commission (FCC) has a clear mandate to enact policies that balance the rights of citizens with the legitimate interests of broadcasters. Radio has changed drastically since the 1996 Telecommunications Act eliminated a cap on nationwide station ownership and increased the number of stations one entity could own in a single market. This legislation sparked an unprecedented period of ownership consolidation in the industry with significant and adverse effects on musicians and citizens. 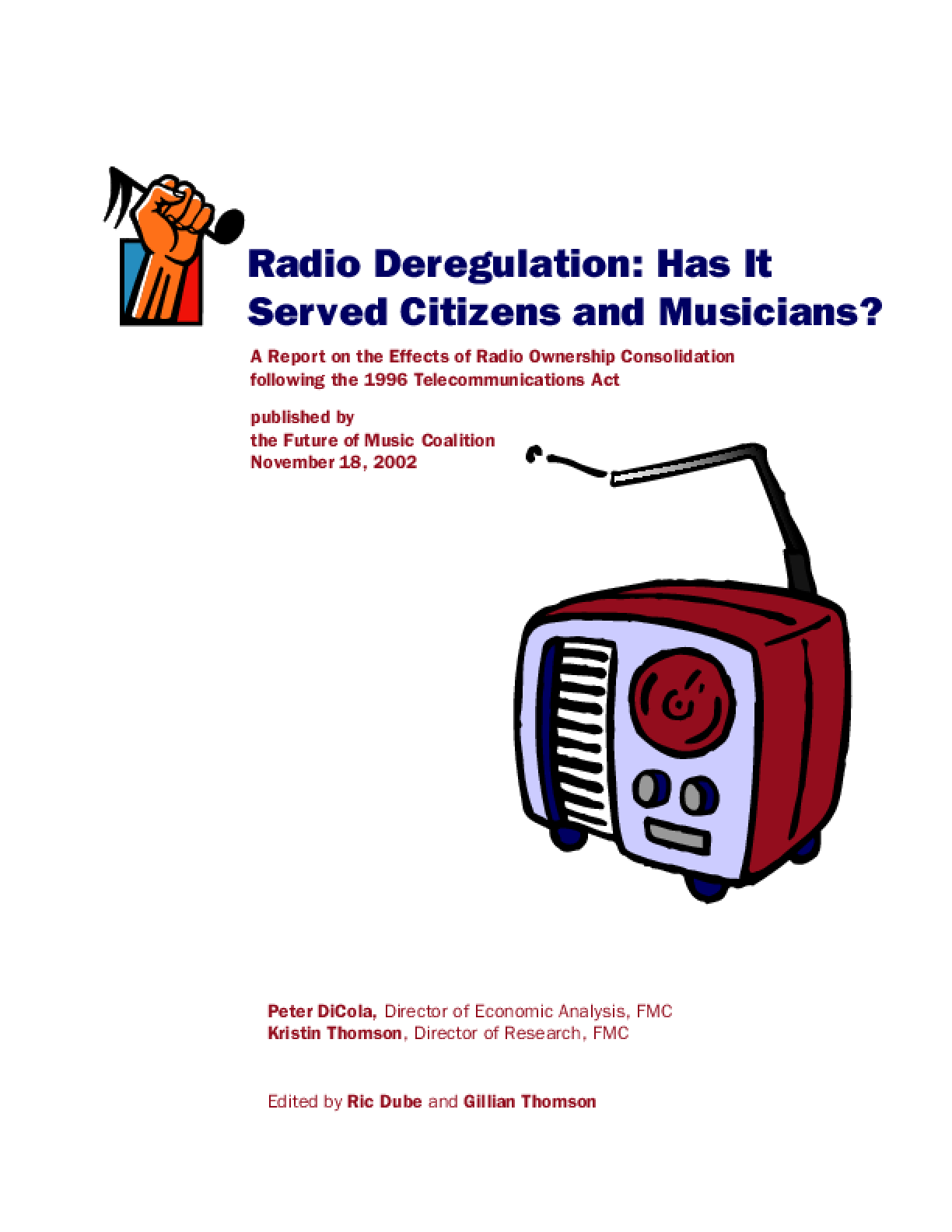