A few weeks after the launch of the state-level online health insurance exchanges that are a cornerstone of the Affordable Care Act, the public's impression is that it has been a bumpy launch. About three-in-ten Americans (29%) say the online health insurance exchanges are working very or fairly well while 46% say they are not. The national survey by the Pew Research Center, conducted Oct. 9-13 among 1,504 adults, finds that awareness of the exchanges has increased significantly over the past month. In early September, barely half (51%) knew that exchanges were going to be available in their state; that has risen to nearly two-thirds (65%) today. Nationwide, 14% of adults report having visited an exchange, and another 23% say they intend to. These figures are higher among the 18% who say they currently do not have health insurance: 22% of uninsured Americans have already visited a site, and another 42% say they intend to do so. 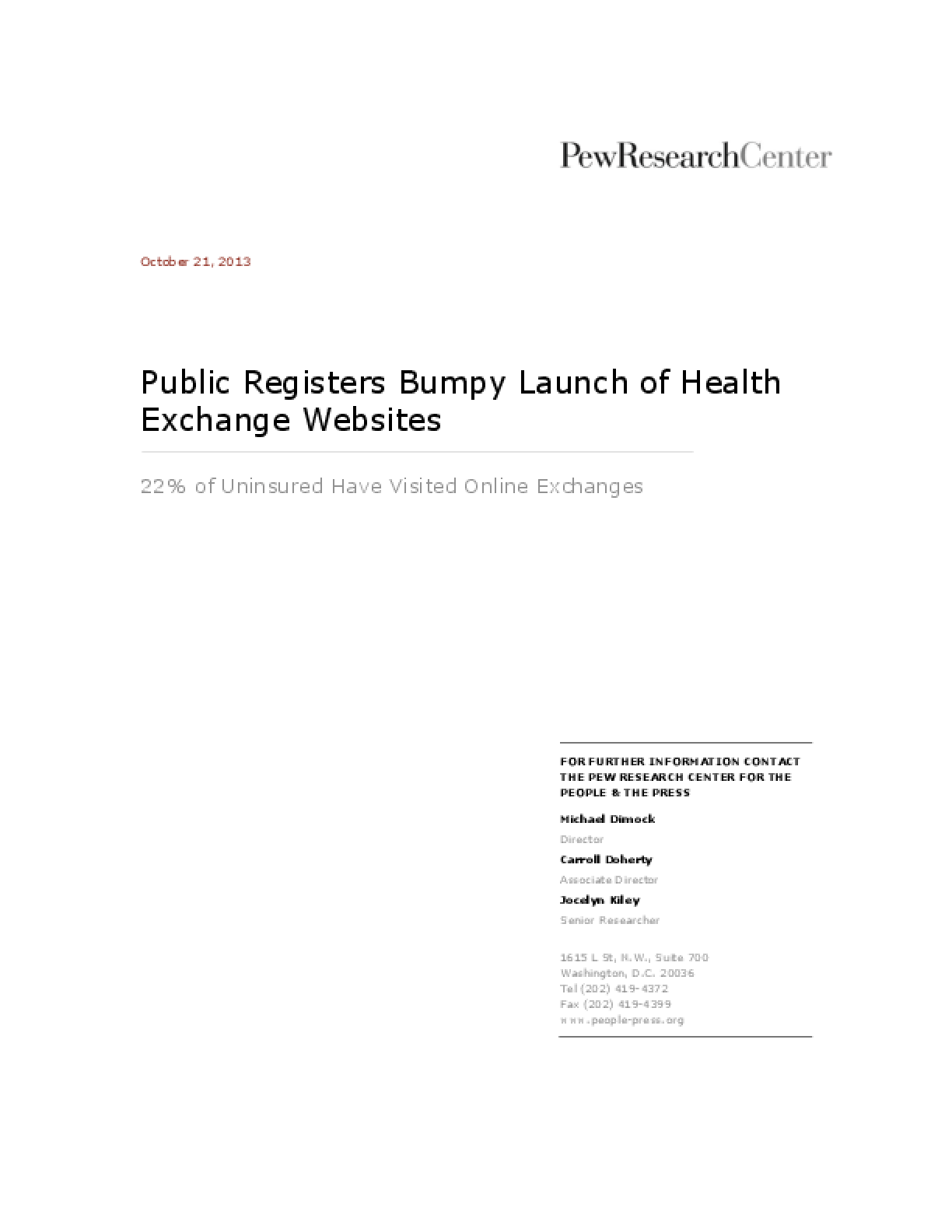