PolicyMatters: Poverty and Race Through a Belongingness Lens

by John A. Powell

This paper is about how to address poverty in the United States. It is not so much prescriptive as it is focused on how transforming the narrative and structures related to poverty can help break our complicity with it. We often misunderstand what poverty is in our society and why it seems so intractable. While there have been many insightful policy proposals and even some limited success, such as reducing poverty for the elderly, overall poverty in our society has been difficult to tackle. There also is a growing call to rethink what we mean by "poverty" that goes beyond the official definition of poverty adopted by the federal government in the 1960s. The White House has exerted significant effort to redefine poverty. Although the official poverty line will still be based on food costs and a family's cash income, a second rate will expand costs to include such expenses as housing, utilities, childcare and medical treatment.1 Even those who find fault in this effort agree that the current thinking on poverty is flawed. 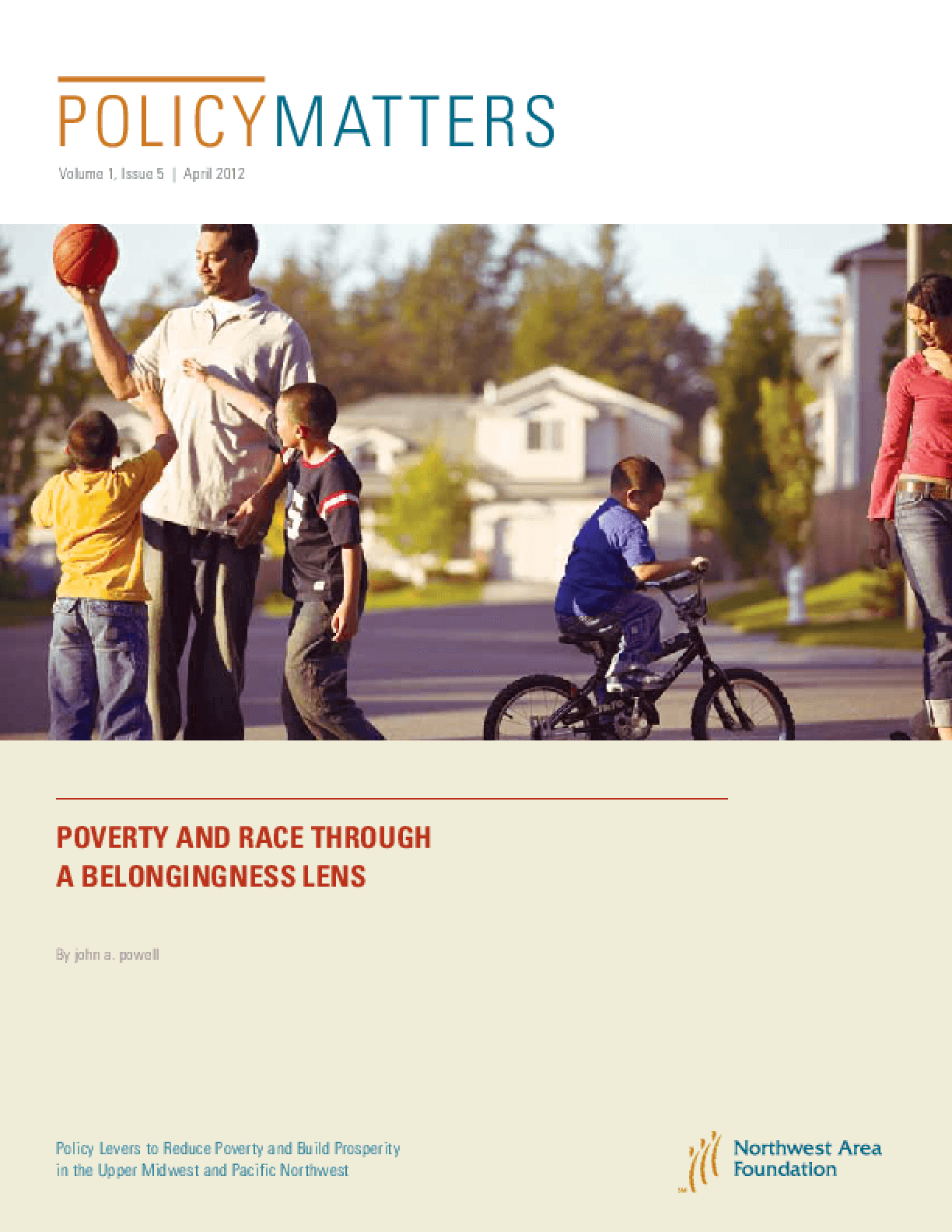