Out In The South: LGBTQ Community Assets In The U.S. South, Part Two

This report is the second in a series of reports entitled Out in the South. This second report, Part Two: LGBTQ Community Assets in the U.S. South, identifies more than 750 LGBTQ community assets in the U.S. South and spotlights several funding strategies with potential for high impact. The report assesses the state of the LGBTQ movement in the U.S. South based on a comprehensive scan of the region's LGBTQ community assets, a survey of more than 200 organizers and service providers working in the South, and in-depth interviews with 30 LGBTQ leaders.

Out in the South, Part Two, builds on the previous report Out in the South, Part One: Foundation Funding for LGBTQ Issues in the U.S. South. Both reports are a part of the LGBT Southern Funding Project at Funders for LGBTQ Issues. The goal of the LGBT Southern Funding Project is to expand the scale and impact of funding for LGBTQ communities in the U.S. South. 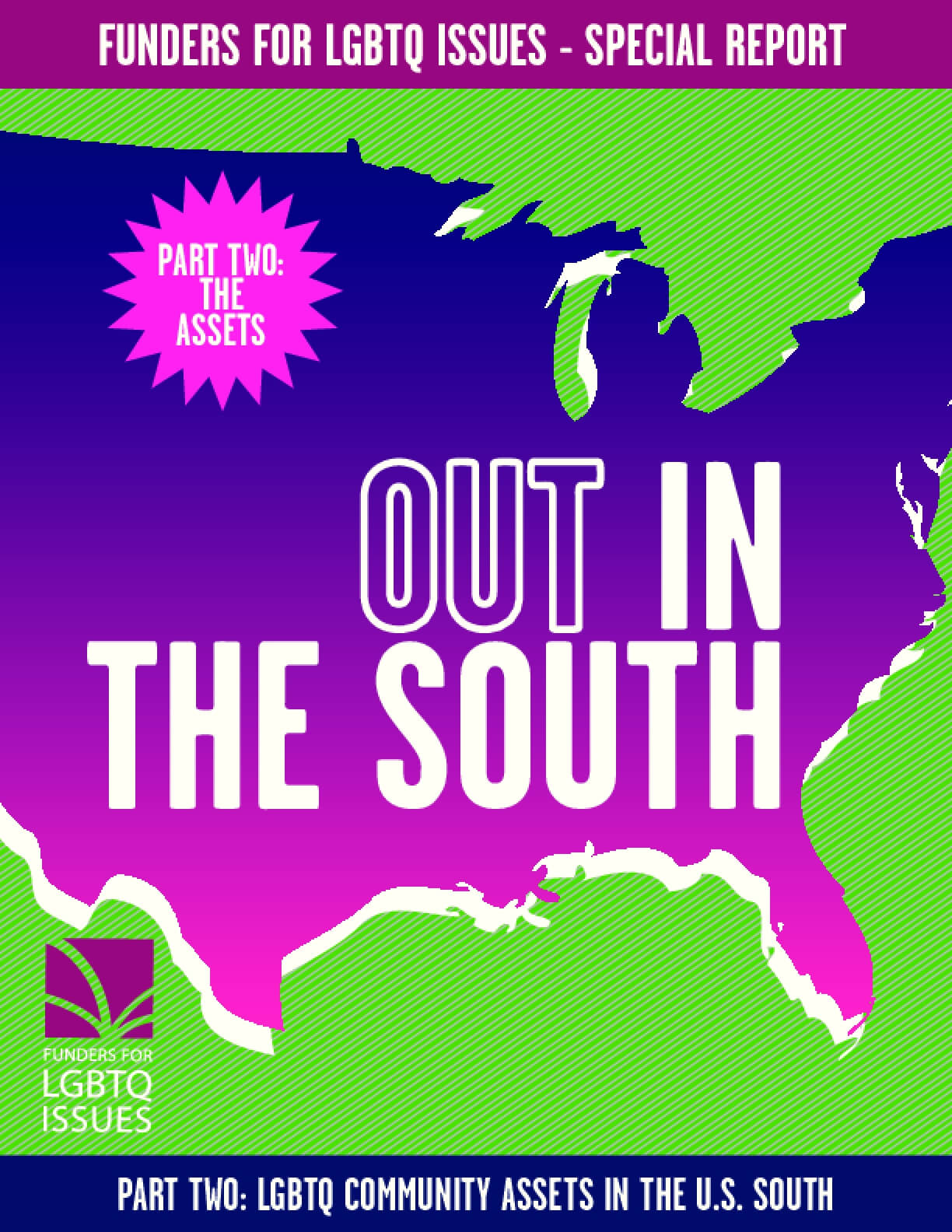