The first study in JCCI's 35-year history was Local Government Finance, in 1977. The volunteers found Jacksonville's financial position "to be basically sound, with the exception of the underfunding of its pension plans." As a result of that study, the City Council took actions to address the solvency of the pension funds, legislative actions at the state level set standards for local government pension funds, and the City Council adopted a formula for the JEA's annualcontribution to the city.

Fifteen years later, JCCI was asked to return to the same issue. The 1992 Long-Term Financial Health of the City of Jacksonville found many of the same problems of the prior study had returned, bringing new challenges along with them. Pension underfunding was a problem, and the City was engaging in short-sighted financial planning without forecasting models to adequately plan for future needs.

The study recommended increasing citizen involvement in the budget and planning process, and resulted in the creation of the TRUE (Taxation, Revenues and Utilization of Expenditures) Commission. The study also resulted in the Mayor's Fiscal Policy Commission and in a ballot initiative to revise the tax cap to allow for growth and capital needs. Another fifteen years have come and gone, and JCCI has been asked to address City finances once again. This time, the problems were worse than before. On top of the underfunding of pensions and long-term effects of short-term financial planning were actions by state and federal governments that hurt local government budgets. Then came the trauma of a national economic crisis.

The problems at the outset of this study were significant, and grew worse during the study's course, due to national economic downturns and state budget shortfalls. While facing these issues, however, the committee recognized that the key question was what the City could do to avoid the need for another group of volunteers dealing with the same issues in another fifteen years. The future of the City of Jacksonville rests on becoming financially sustainable, withbudgetary processes and priorities in place that transcend administrations and an open, transparent process that builds community confidence in the governance of the City. 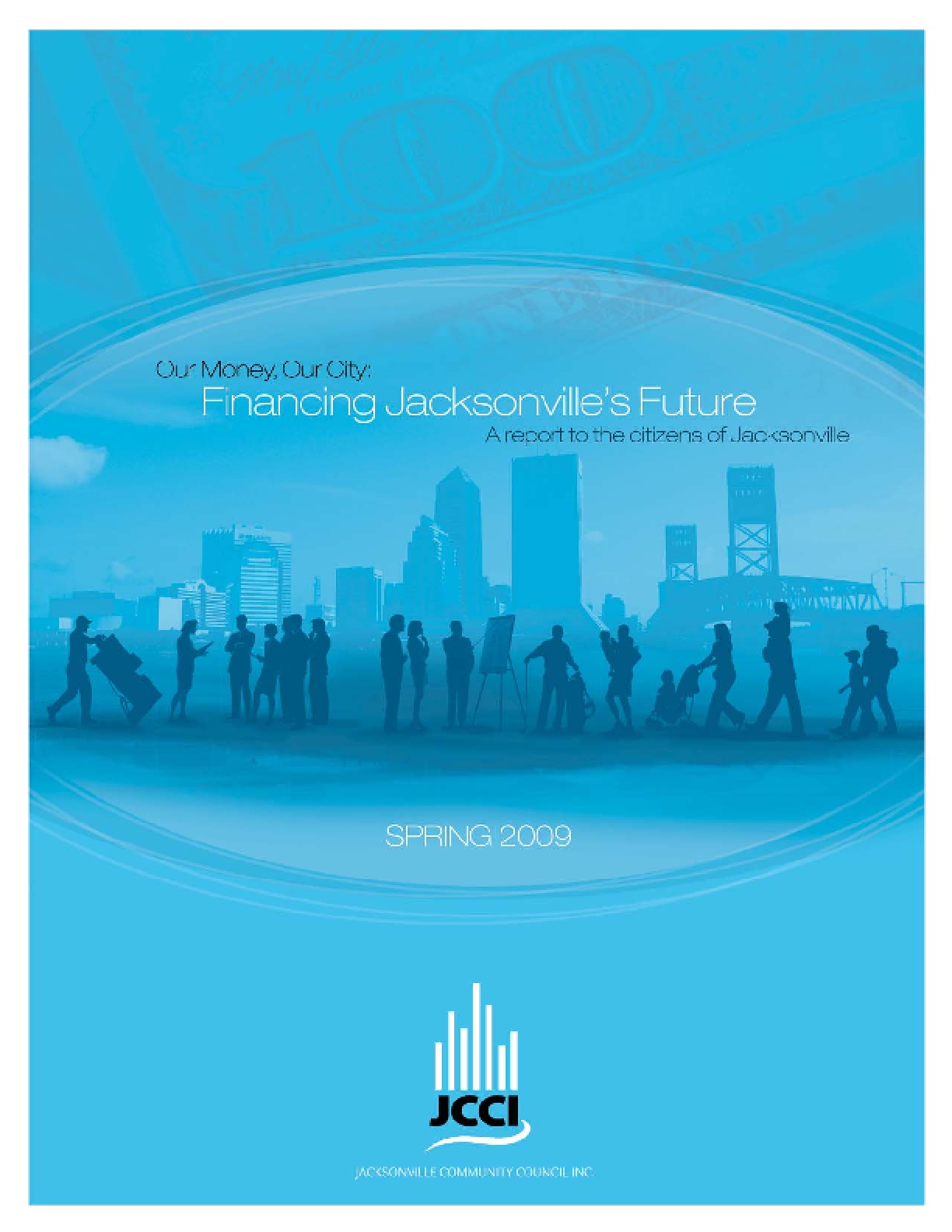