MENA Region and the Possible Beginning of World System Reconfiguration

This chapter offers a thorough analysis of the internal conditions in the MENA countries on the eve of the Arab Spring, as well as causes and consequences of the Arab Revolutions. The chapter also offers ananalysis of similar historical World System reconfigurations starting with the 16th century Reformation.The analysis is based on the theory (developed by the authors) of the periodical catch-ups experienced by the political component of the World System that tends to lag behind the World System economic component. Thus, we show that the asynchrony of development of various functional subsystems of the World System is a cause of the synchrony of major political changes. In other words, within the globalization process, political transformations tend to lag far behind economic transformations. And such lags cannot constantly increase, the gaps are eventually bridged, but in not quite a smooth way. The chapter also suggests an explanation why the current catch-up of the World System political component started in the MENA region. 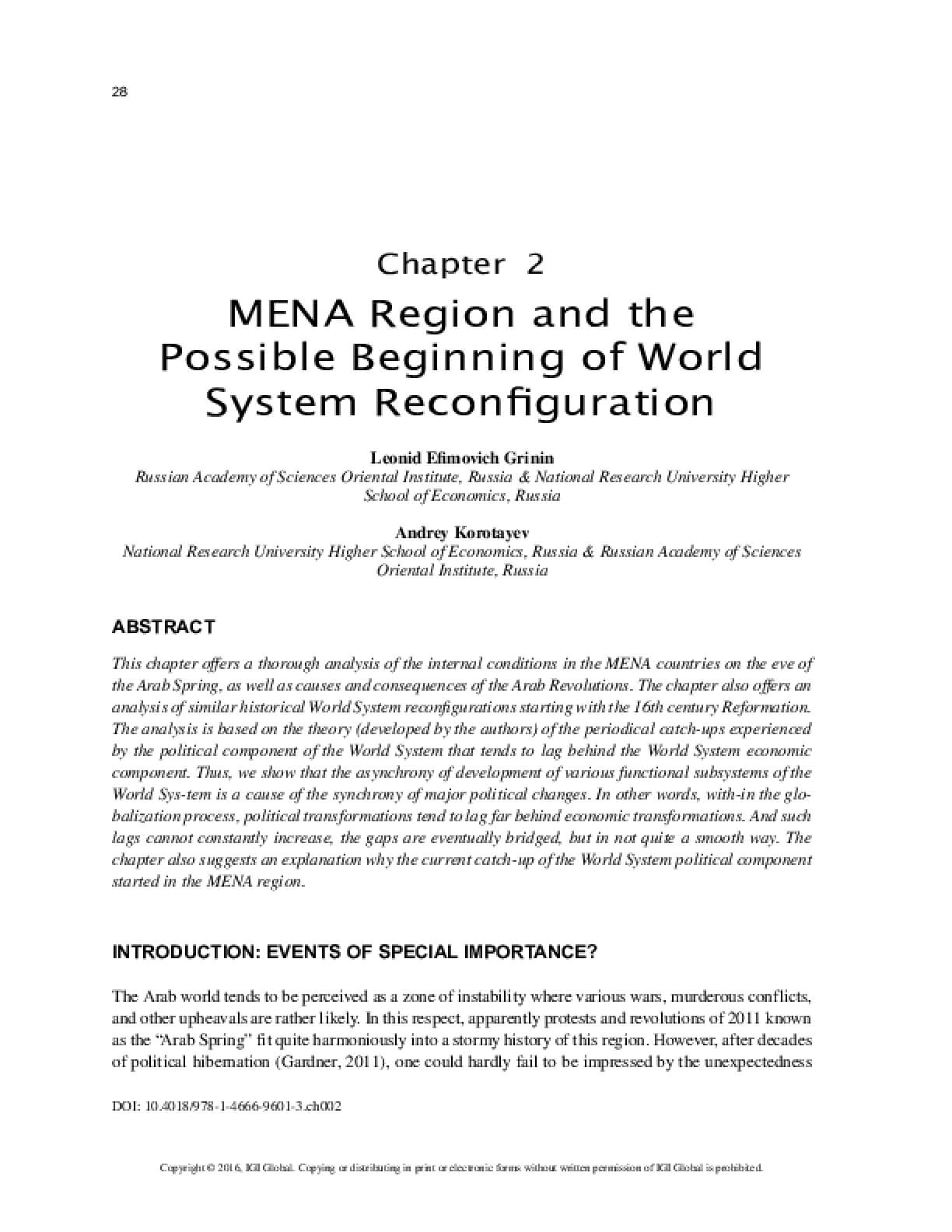