Over the past 40 years, MacArthur has often fielded requests from grantees and other organizations for small amounts of money to support various time-limited efforts, like attending or convening a meeting. In response to this need, the Foundation established a grantmaking tool, known as an expedited grant (X-Grant), to improve our ability to make small, strategic grants with greater speed and efficiency. We also contracted with the Institute of International Education (IIE) to administer X-Grants, given its experience operating a similar expedited grantmaking program for another funder.

The pilot phase of the X-Grant program launched in April 2015 and lasted for the remainder of the year. During this time, Foundation staff could make X-Grants between $1,000 and $30,000 to a 501c(3) public charity, or an organization with an equivalency determination, for four types of defined activities: (1) attendance at a meeting, (2) convening a meeting, (3) knowledge building and professional development, and (4) small research projects. Furthermore, all activities funded through an X‐Grant were required to be completed within the calendar year of the fully‐executed grant agreement letter.

The overall management of the X‐Grants program has remained consistent over time—the Foundation reviews and approves X-Grant applications, while IIE administers the X-Grant funds to grantees. However, several substantive changes have been made to the X-Grants program since its pilot phase. First, the budget limit for an X‐Grant was increased to $50,000 from $30,000. Second, the form used by Foundation staff to request an X-Grant now includes a section requiring a description of how the proposed X‐Grant served to advance one of the Foundation's existing areas of programming. Furthermore, starting in 2017, Foundation programs other than changing areas of work were given the opportunity to incorporate X-Grant funds into their overall budget requests. MacArthur contracted with The Silver Line to collect feedback on adjustments made to the X-Grant program since its pilot phase and further assess the value of X-Grants to staff and grantees. 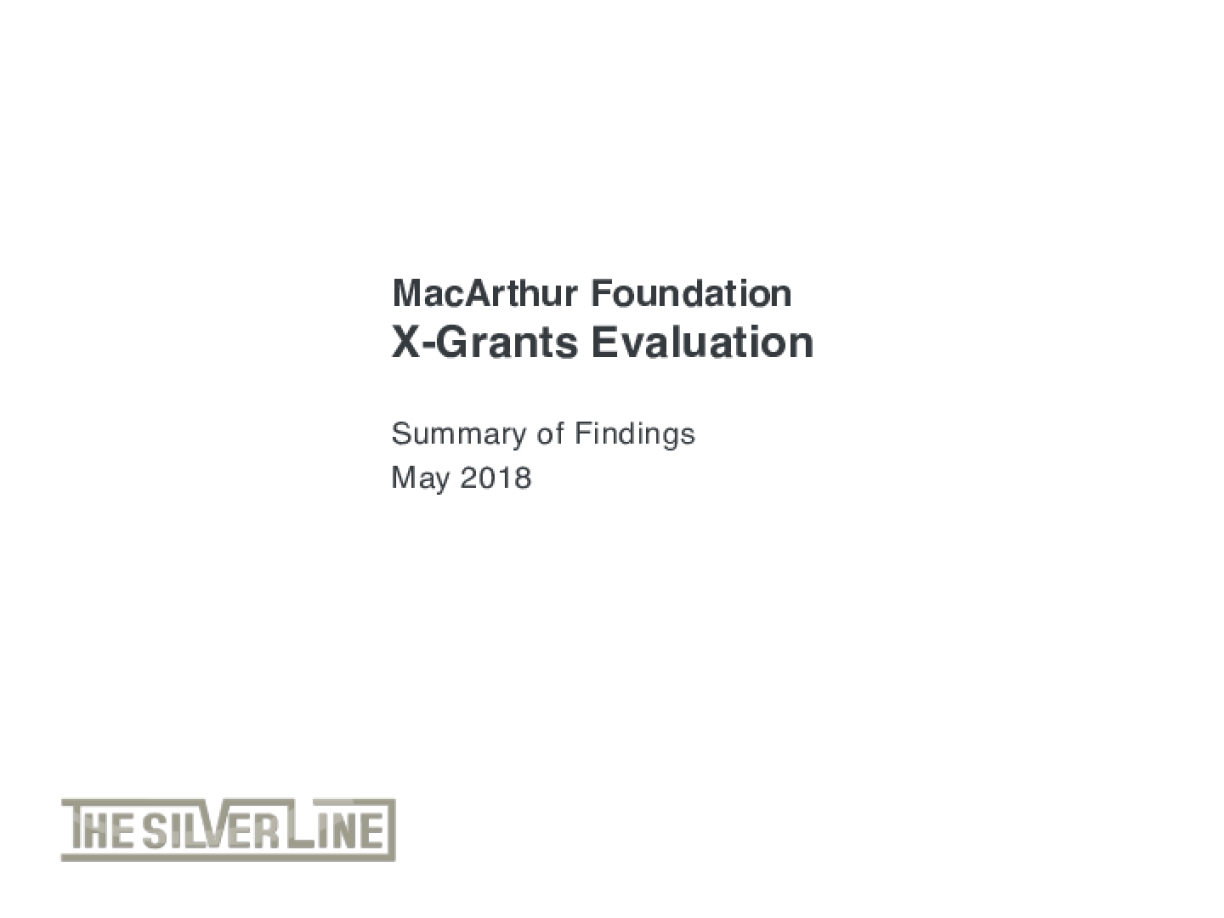