Joint Remedial Process in Floyd v. City of New York: What You Need to Know

In August 2013, a federal judge found that the New York Police Department (NYPD) had engaged in a widespread practice of unconstitutional and racially discriminatory stops and frisks and ordered a collaborative, joint remedial process (JRP) to develop a set of reforms that will help bring the NYPD's stop-and-frisk practices into compliance with the Constitution. The judge highlighted the importance of getting this input, writing at the time, "No amount of legal or policing expertise can replace a community's understanding of the likely practical consequences of reforms in terms of both liberty and safety." The JRP ensures that communities who have been directly affected by these practices will have direct input into shaping the future of stop and frisk in New York. The JRP was envisioned to solicit ideas for additional reforms from communities most impacted by stops and frisks. In addition to community stakeholders, the process will involve the City, members of law enforcement, local elected officials, organizations with expertise in policing and criminal justice attorneys representing the plaintiffs. This process echoes a similar process successfully implemented in Cincinnati, Ohio over a decade ago to address systemic abusive and biased policing practices. Guiding this process is the court-appointed Facilitator, Hon. Ariel Belen. 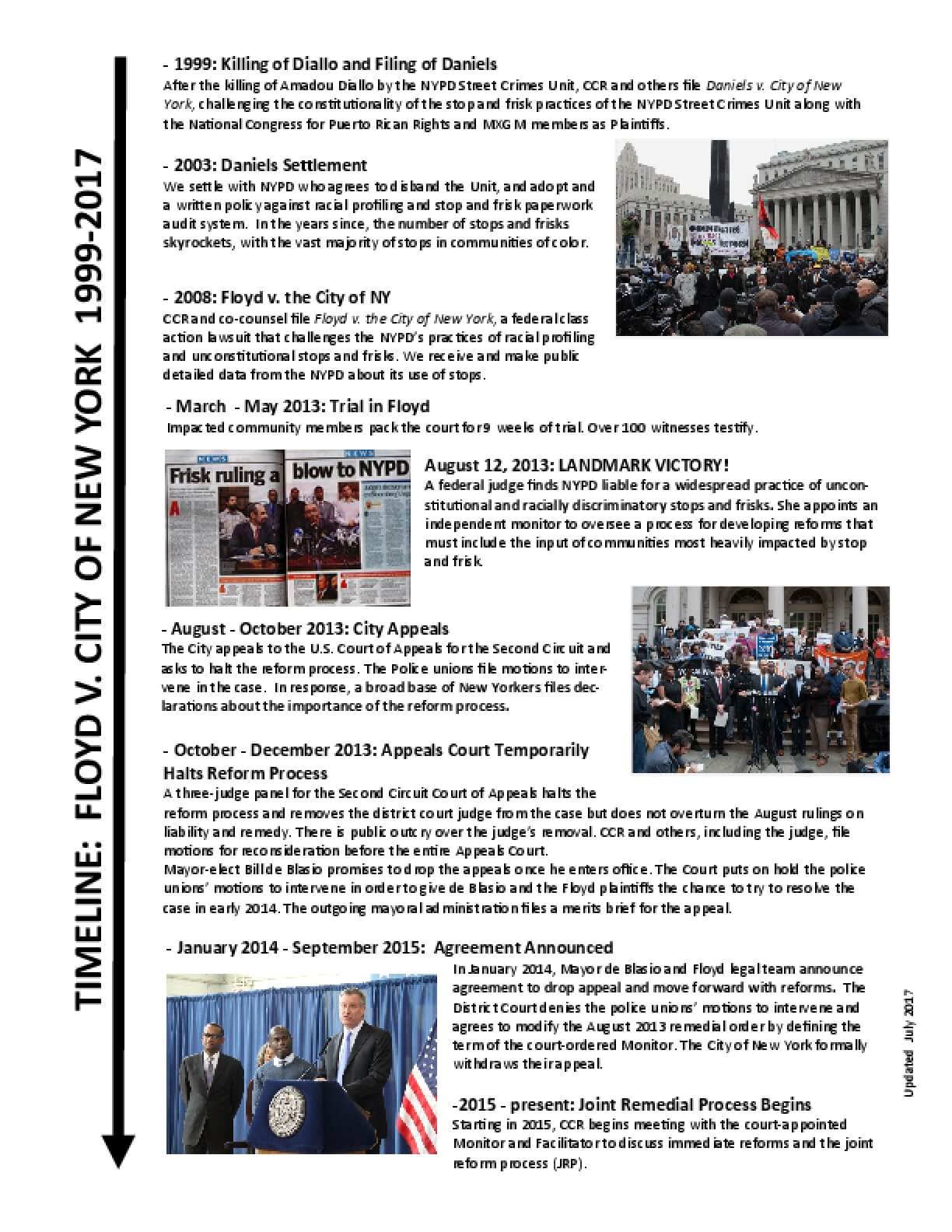