The focus of this report evolved from a 2010 conference at Babson College on "Immigrant Entrepreneurship in Massachusetts" sponsored by The Immigrant Learning Center, Inc. (ILC) from which two key ideas emerged. One is that there is an "immigrant entrepreneurship ecology" that includes immigrant neighborhood storefront businesses; immigrant high-tech and health science entrepreneurs; immigrant non-tech growth businesses; and immigrant transnational businesses. A second idea was that these growing, non-tech industries (including transportation, food and building services) have not attracted much attention. Interestingly, these sectors can be crucial to the expansion of the green economy. Within this context, The ILC decided to look at these three sectors in Massachusetts as well as in New York and Pennsylvania. Moreover, the report dramatically illustrates how immigrant entrepreneurs look for niches in underserved markets. For example, vans and other alternatives to mass transit serve unmet transportation needs in urban areas. Food intended to be a "taste of home" for compatriots in local restaurants and grocery stores becomes popular and influences the eating habits of other Americans. Workers who enter industries like landscaping or cleaning because they don't require much English gain experience and see opportunities to start their own companies. Businesses like these add value to American life by expanding the economy rather than taking away from native businesses. 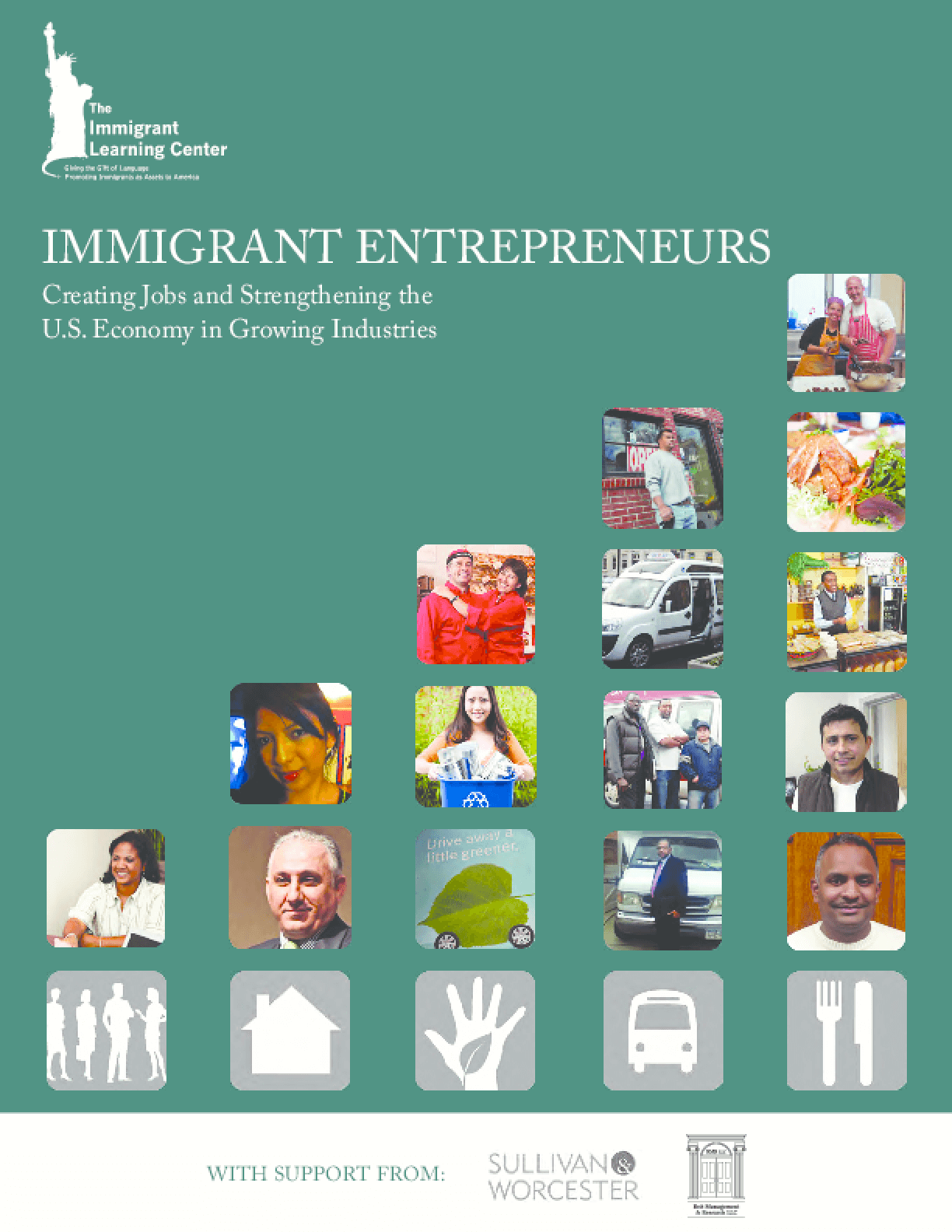