How Cities Can Grow: The Maker Movement

This report explores the emergence of the maker movement within a selection of major U.S. cities. The maker movement has developed in a variety of different environments, including makerspaces, hackerspaces, tech workshops and fabrication laboratories.

Data and information fueling this project were derived from interviews with influential points of contact in major cities where the movement is growing. Survey questions focused on four primary sections presented in this report: (1) characteristics, (2) growth, (3) government policies and (4) challenges. Our analysis provides insights into common trends and notable differences examined within the four categories listed above.

The characteristics section focuses on the driving forces behind the movement, the people involved in the movement and the definition of the movement. The section on commercialization aims to establish the scale of involvement in order to determine whether the movement had the potential to increase local U.S. manufacturing. The policy section details the involvement of local governments in implementing program policies that help grow or inhibit the movement. In particular, it was important to determine the policies that were most beneficial to those involved in the movement. Ultimately the goal was to determine how other local governments could implement policies with a proven record of success in their respective cities. City narratives are also provided as individual case studies on the maker movement. 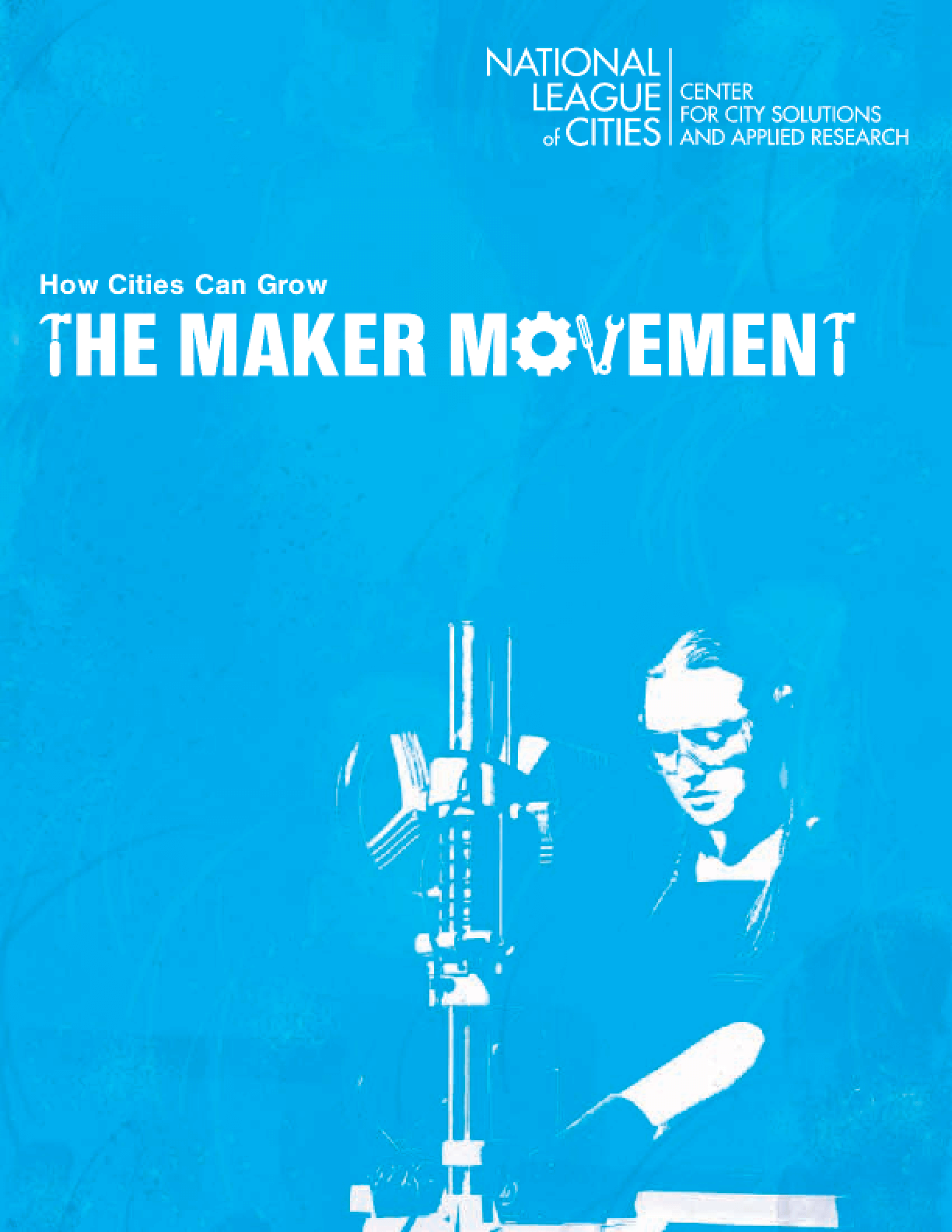