National rates of gun homicide and other violent gun crimes are strikingly lower now than during their peak in the mid-1990s, paralleling a general decline in violent crime, according to a Pew Research Center analysis of government data. Beneath the long-term trend, though, are big differences by decade: Violence plunged through the 1990s, but has declined less dramatically since 2000. Despite national attention to the issue of firearm violence, most Americans are unaware that gun crime is lower today than it was two decades ago. According to a new Pew Research Center survey, today 56% of Americans believe gun crime is higher than 20 years ago and only 12% think it is lower. This report examines trends in firearm homicide, non-fatal violent gun crime victimization and non-fatal violent crime victimization overall since 1993. Its findings on firearm crime are based mainly on analysis of data from two federal agencies. Data from the Centers for Disease Control and Prevention, using information from death certificates, are the source of rates, counts and trends for all firearm deaths, homicide and suicide, unless otherwise specified. The Department of Justice's National Crime Victimization Survey, a household survey conducted by the Census Bureau, supplies annual estimates of non-fatal crime victimization, including those where firearms are used, regardless of whether the crimes were reported to police. Where relevant, this report also quotes from the FBI's Uniform Crime Reports. 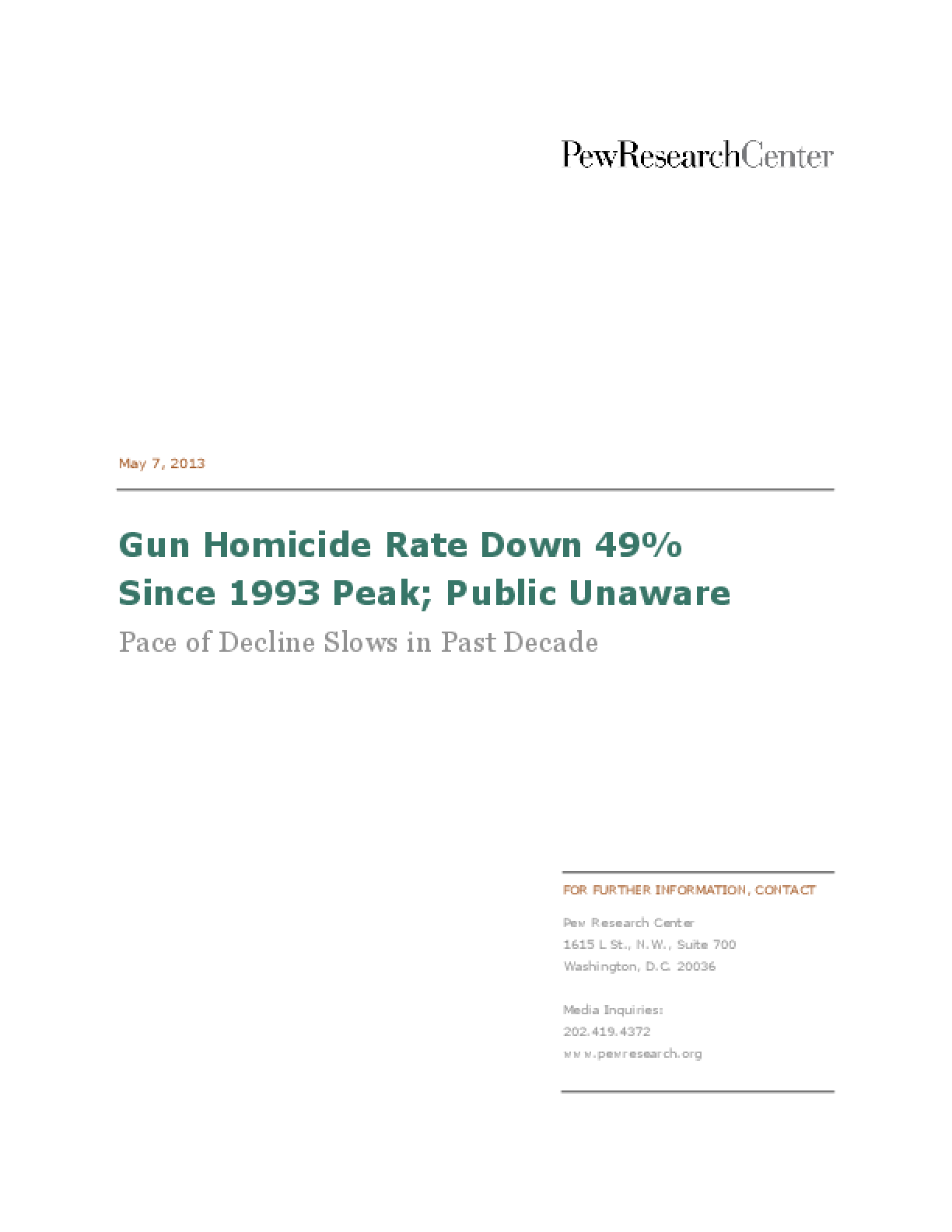