Give Me Your Entrepreneurs, Your Innovators: Estimating the Employment Impact of a Startup Visa

The idea of visas for immigrant entrepreneurs has bounced around the country for many years, and even has been introduced into Congress on more than one occasion. The most recent is Startup Act 3.0, a bipartisan bill recently introduced into the U.S. Senate that, among other things, includes a Startup Visa. In this current incarnation, the new Startup Visa would make available a fixed pot of 75,000 visas for individuals who start companies. Initial eligibility would be restricted to individuals who already are in the United States on either H-1B visas or F-1 student visas. Once the Startup Visa is issued, further requirements are imposed in the first year. During that time, the entrepreneur must register a business, employ at least two full-time, non-family employees, and invest or raise an investment of at least $100,000. If, after one year, those requirements are met, the entrepreneur gets three additional years on the visa. During that three-year period, the entrepreneur must employ at least five full-time, non-family employees. The original two employees count toward these five, which means the business essentially must hire one person per year after the first year of operation. At the end of three years, the entrepreneur may apply to have the conditional status removed. This report attempts to estimate the impact on job creation that enactment of such a Startup Visa would have. Calculations suggest that a Startup Visa could create anywhere from 500,000 to 1.6 million jobs over the next ten years. Because of the assumptions and methods used, these estimates are considered very conservative, low-end estimates. 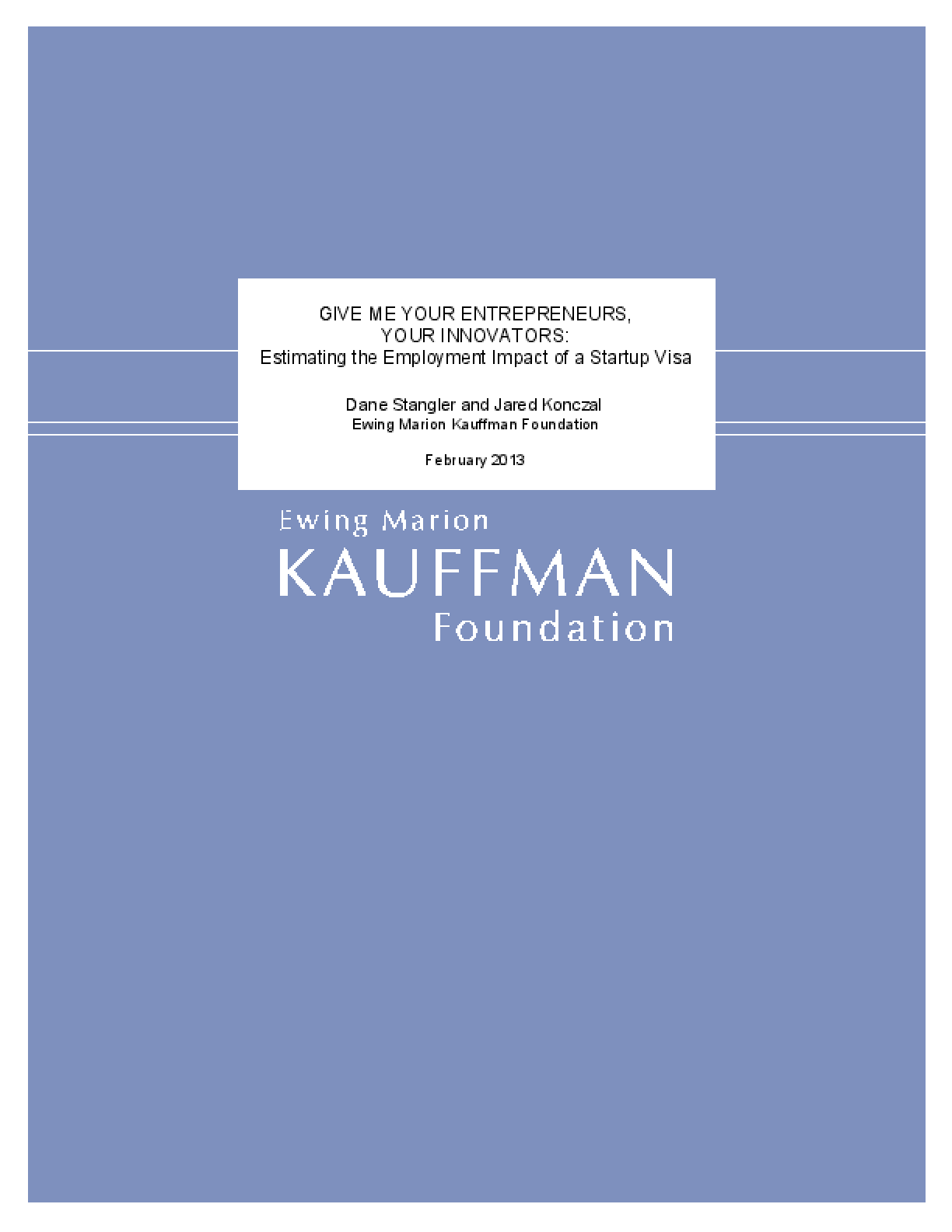