Forests in Flux: The Effects of Demographic Change on Forest Cover in New England and New York

The New England states and New York are more than 50 percent forested, a rate well above the national average. Economies in this heavily forested region have historically relied on forest-based industries, and human population has clustered along coastal regions and major waterways, though recent trends suggest widespread in-migration to amenity-rich rural areas. Over the last decade, all states in this region have experienced notable declines in forest cover. In urban and suburban areas like southern New Hampshire, this loss of forest cover is likely related to increased demand for housing and services. It is also likely to be a permanent transition, since developed land rarely reverts to forest cover. Much of the forest cover loss in rural northern New England is due to commercial timber harvesting and is likely temporary, but in other portions of northern New England forest cover has declined consistently since 2001, and it is unclear whether this shift is the result of development or forest harvesting. These two types of forest cover change can have drastically different effects on the services local residents derive from forests. Because more developed regions have already lost much of their forest cover, a sustained loss of the remaining forestland has serious implications for vital ecosystem services like drinking water filtration, storm abatement, and air purification. This brief contributes to a better understanding of the linkages between demographic and forest cover change so as to inform policy efforts aimed at maintaining existing forested areas in and around sprawling urban centers. 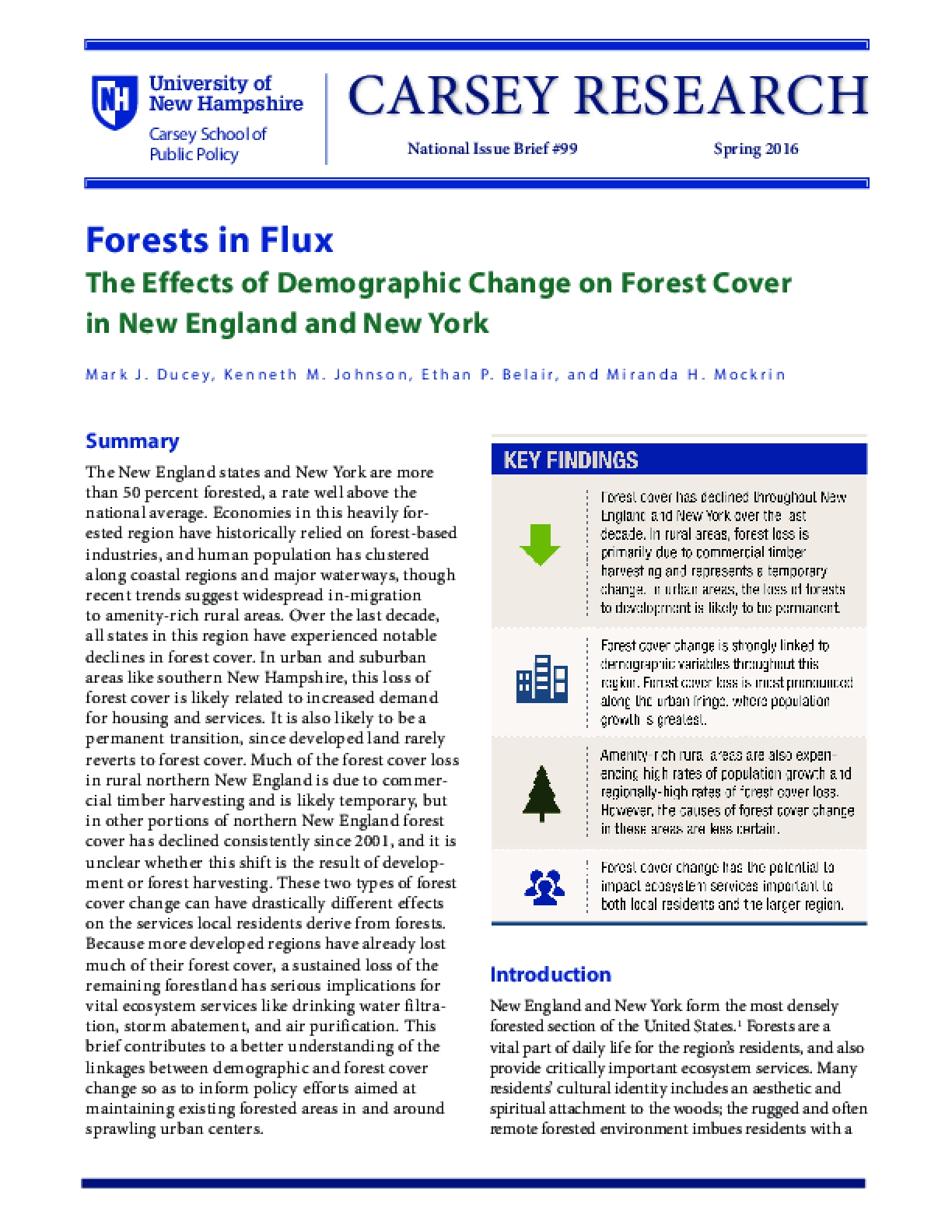