Four years into the mortgage meltdown, the home foreclosure crisis in New York State continues unabated, particularly in low income neighborhoods and communities of color. Recent reports on foreclosures in New York cite a decline in foreclosure actions filed in New York courts. These reports, however, fail to include key information needed to understand the true foreclosure picture and formulate effective public policy.


According to NEDAP's analysis of new mortgage default and delinquency data, foreclosure risk remains disturbingly high in New York. NEDAP found that more than 345,000 mortgages were in default or delinquent in New York State, in 2011. This staggering number -- based on 90-day preforeclosure notices that New York now requires servicers to send to homeowners -- indicates severe mortgage distress and risk of foreclosure and destabilization for huge numbers of families and communities throughout the state. 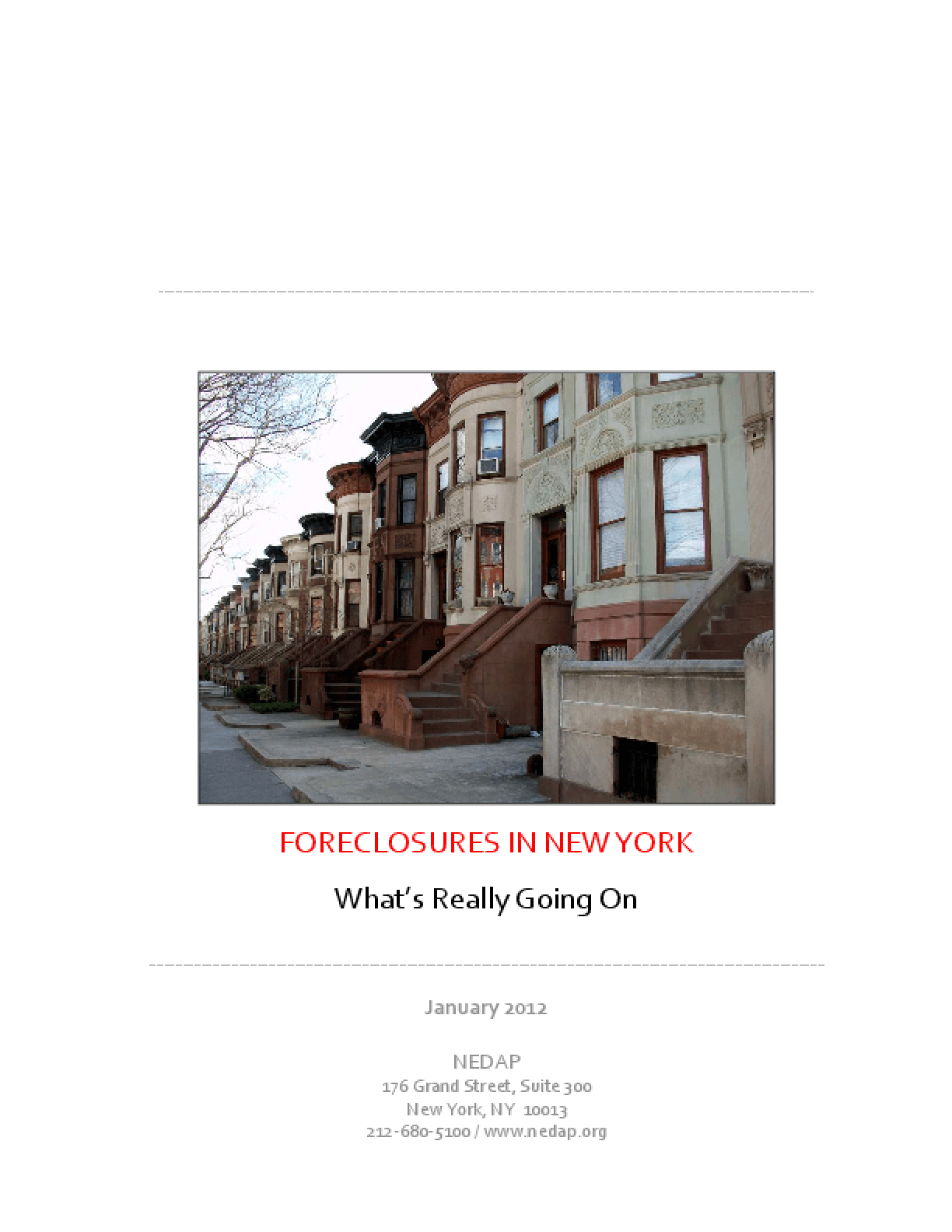