The 12 most extreme states restrict voting rights even after a person has served his or her prison sentence and is no longer on probation or parole; such individuals in those states make up approximately 45 percent of the entire disenfranchised population. Only two states, Maine and Vermont, do not restrict the voting rights of anyone with a felony conviction, including those in prison.

Persons currently in prison or jail represent a minority of the total disenfranchised population. In fact, 75 percent of disenfranchised voters live in their communities, either under probation or parole supervision or having completed their sentence. An estimated 2.6 million people are disenfranchised in states that restrict voting rights even after completion of sentence. 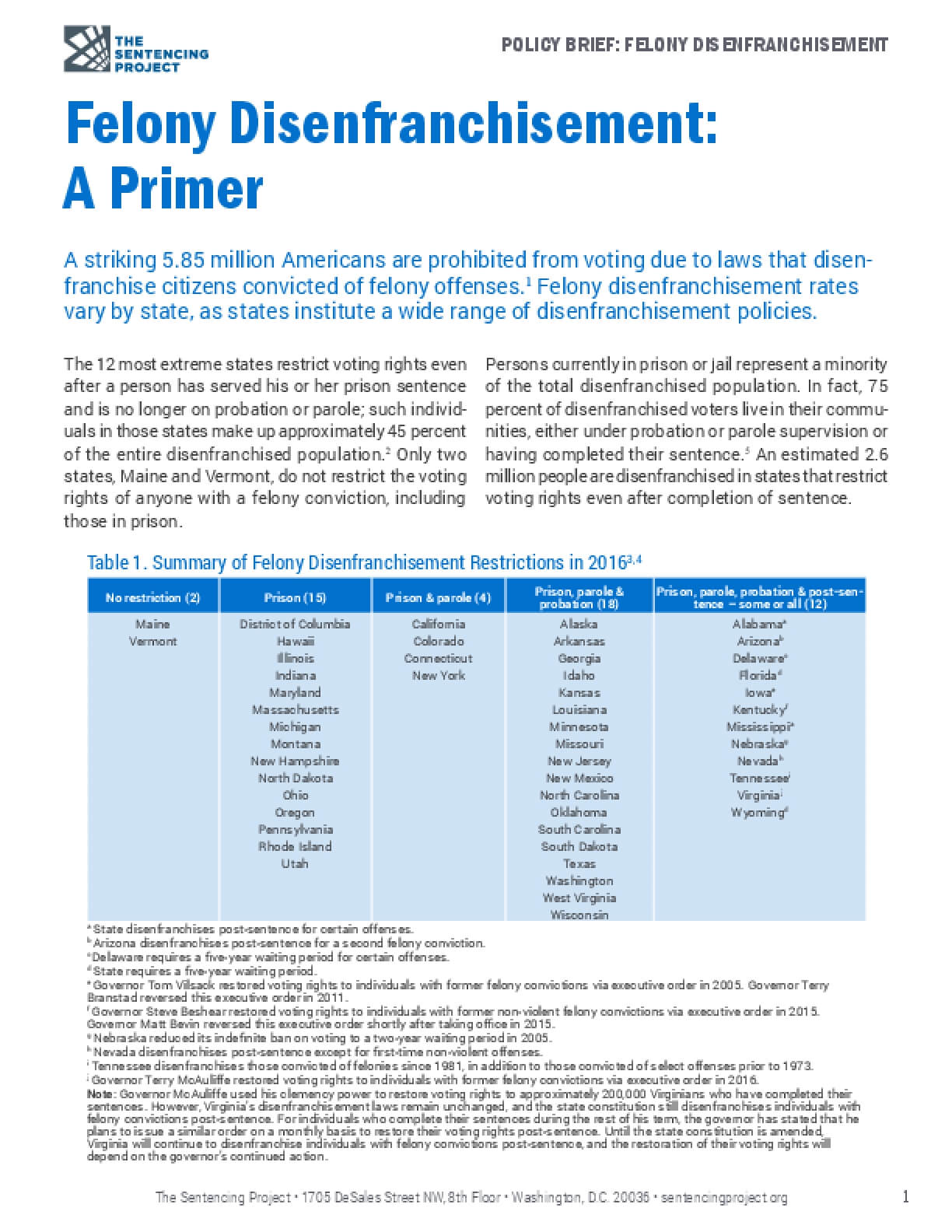