For centuries, cultural assets have been tied to the health and wellbeing of Native peoples. Arts, culture and traditions have been woven into the tapestry of tribal societies and have sustained Native peoples for generations. Language, art and spirituality have endured, resulting in strong family ties, community pride and common purpose. Because of this long tradition of viewing art and culture holistically, modernday art has not been seen as a commodity among Native peoples, but rather as an ingrained part of Native lifestyles and spiritual beliefs, and as something to be preserved, honored and passed down to the next generations.

However, in our modern context, Native culture and tradition-based knowledge represent an important asset with the potential to increase the economic productivity of tribal communities. The creative production of art and artistic expression are, today, among the most promising ways to expand the market economy in rural and urban Native communities. Quilt-making, beadwork, quillwork and birch-bark basketry are just a few examples of artistic expression that preserve a way of life, maintain cultural identity and perpetuate traditional spiritual values; at the same time, their creation demonstrates the economic development potential of Native cultural assets. Emerging Native artist entrepreneurs and culture bearers offer a path out of poverty through the very practice and teaching of tradition-based art forms. They represent an undervalued yet critical solution to enhancing community economic development and creating stronger Native nations and families.

First Peoples Fund (FPF) and Artspace know that art is key to sustaining culture at the community level. We have been working in the field of supporting artists for more than 40 years and have seen firsthand the positive impact art has in communities and how it can be used as a strong economic driver in both rural and urban environments. However, even in their own communities, Native artists continue to be overlooked for the critical role they can play in building economies, generating assets, and constructing effective and culturally appropriate social networks. It is the mission of FPF and Artspace to change the perception of artists in Native and mainstream communities, transforming them from what is often an afterthought in community development strategies to their full expression as prominent economic engines capable of catalyzing true social change.

Through this position paper, we intend to make the case for art as a driver of economy and show successful efforts to embrace the arts as a critical component of creating sustainable and vibrant communities. 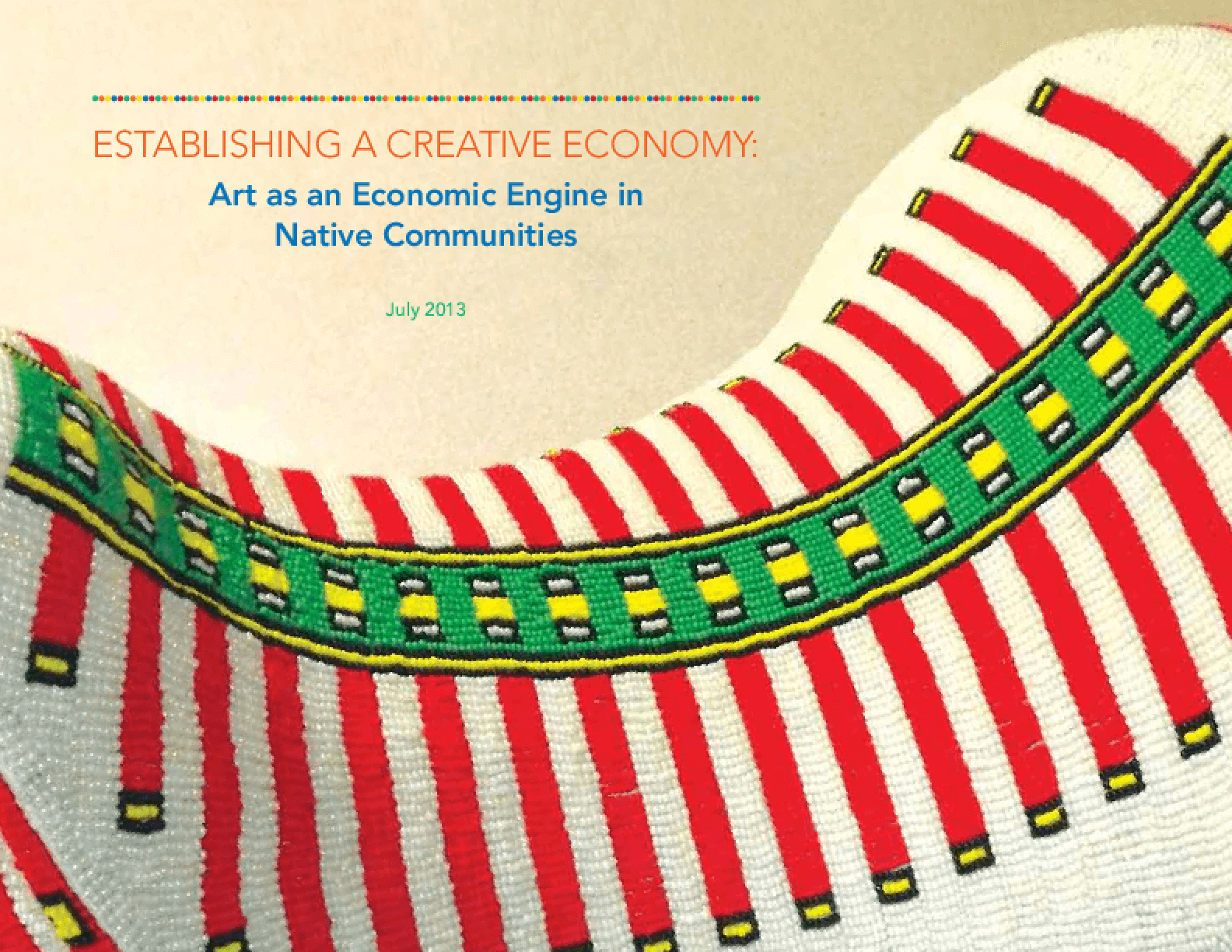