Ensuring Access to Fair and Affordable Financial Services: A survey report on barriers faced by low-income immigrants in NYC

Access to fair and affordable financial services is a critical economic justice issue facing immigrant New Yorkers -- across income, language and cultural groups. Despite NYC's sizable immigrant population -- nearly 40% of New Yorkers, or close to three million people, are foreign-born -- and despite New York's status as the nation's banking capital, NYC banks are conspicuously not at the national forefront in providing services to immigrants.

In 2006, the Network designed and implemented a city-wide Immigrant Banking Survey to increase understanding about immigrant New Yorkers' financial services experiences and needs. The survey gathered information about immigrants' access to bank accounts, as well as their use of credit and methods of sending remittances to their home countries.

The Network survey team interviewed approximately 600 immigrant New Yorkers between August 2006 and January 2007. Surveys were gathered at community fairs, workshops, schools, churches, food pantries and other locations, as well as through on-the-street interviews. All surveys were conducted verbally by trained staff and volunteers, in respondents' native languages or a language in which they were proficient. Survey results did not differ significantly between randomly interviewed community members and constituents of nonprofit organizations.

Findings presented in this report are based on 546 valid surveys completed by immigrants from 74 countries. Findings may be applied to the NYC immigrant population as a whole. The size and diversity of the sample, however, does not allow us to make generalized comparisons among all nationalities. 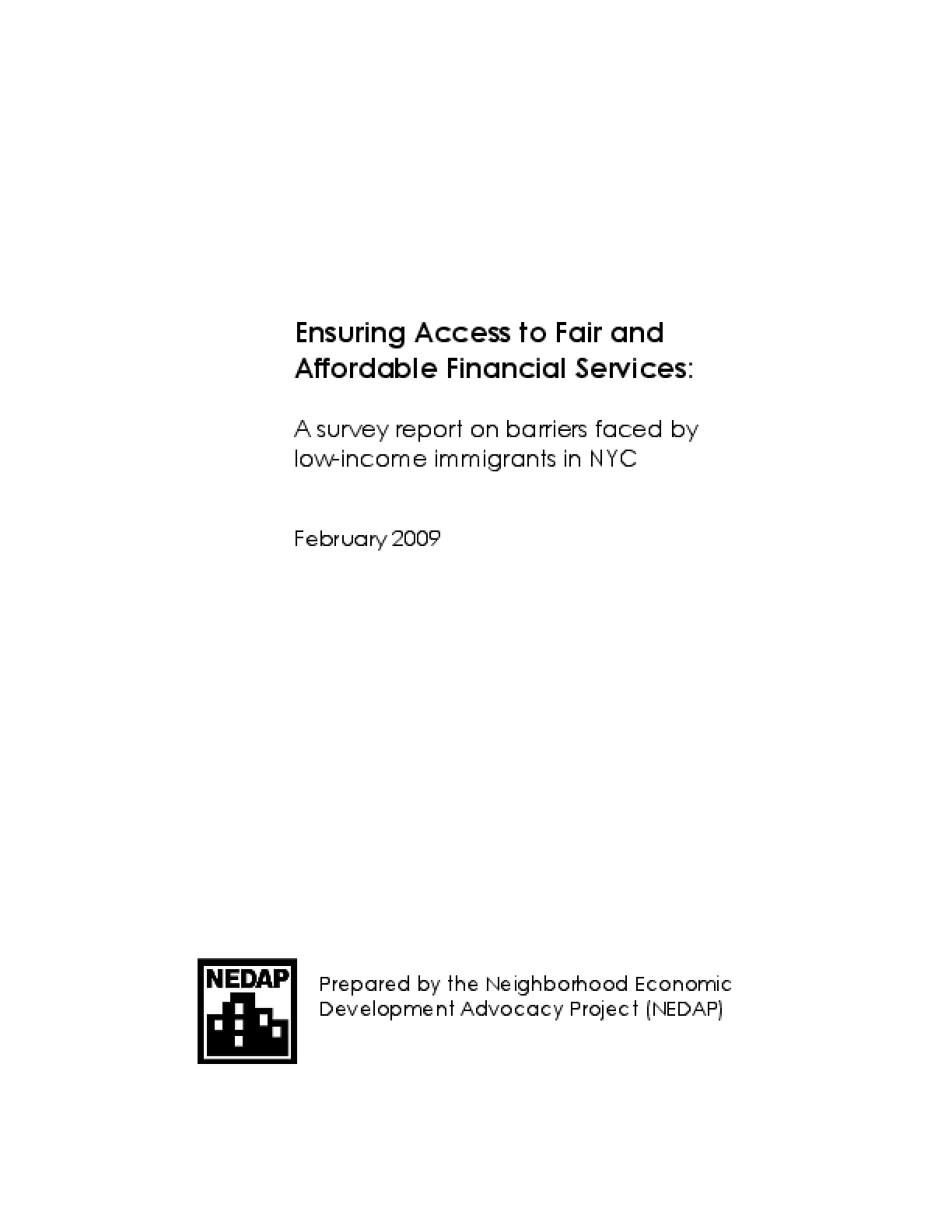