Secretary of Defense Donald Rumsfeld's hasty July 2005 visit to Kyrgyzstan to ensure future U.S. access to Ganci Air Force Base highlighted the new security challenges Washington faces in Central Asia. The trip came shortly after the Shanghai Cooperation Organization (SCO) summit at which the heads of state of Russia, China, and most Central Asian countries called on the United States and its allies to set a timetable for their military withdrawal from the region. The summit declaration prompted General Richard Myers, then-chairman of the U.S. Joint Chiefs of Staff, to accuse Moscow and Beijing of "trying to bully" their smaller neighbors. Although the United States eventually secured continued permission to use the military facilities and airspace of Kyrgyzstan, Kazakhstan, and Tajikistan to support operations in Afghanistan, for many these events symbolized the resurgence of the traditional "great game" among the major external players in the region. 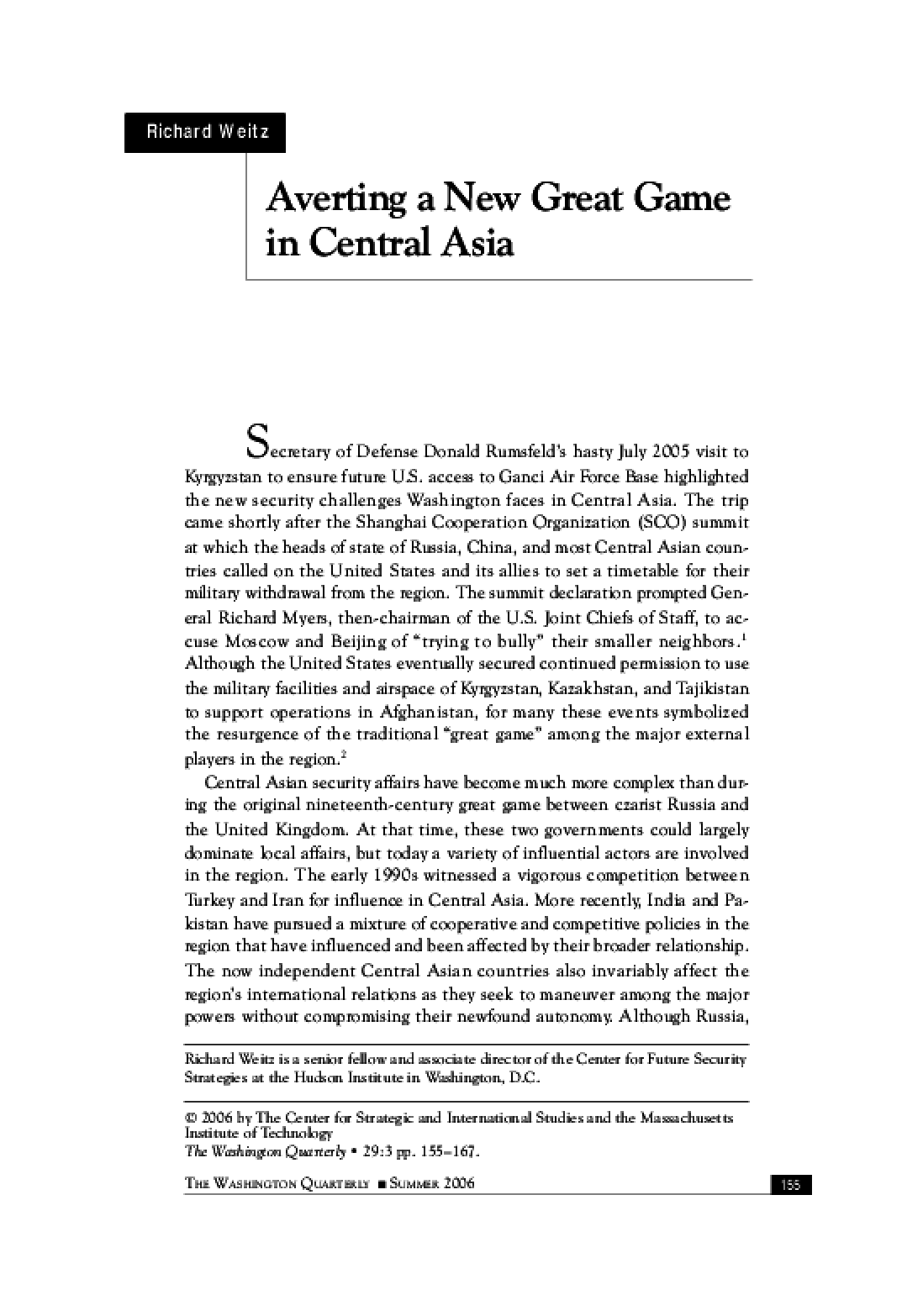