Amid Protests, Majorities Across Racial and Ethnic Groups Express Support for the Black Lives Matter Movement

As demonstrations continue across the country to protest the death of George Floyd, a black man killed while inMinneapolis police custody, Americans see the protests both as a reaction to Floyd's death and an expression offrustration over longstanding issues. Most adults say tensions between black people and police and concerns aboutthe treatment of black people in the U.S. – in addition to anger over Floyd's death – have contributed a great dealto the protests, according to a new Pew Research Center survey. About six-in-ten U.S. adults say some people taking advantage of the situation to engage in criminal behavior has also been a major contributing factor in the protests. There are wide partisan gaps in these views. 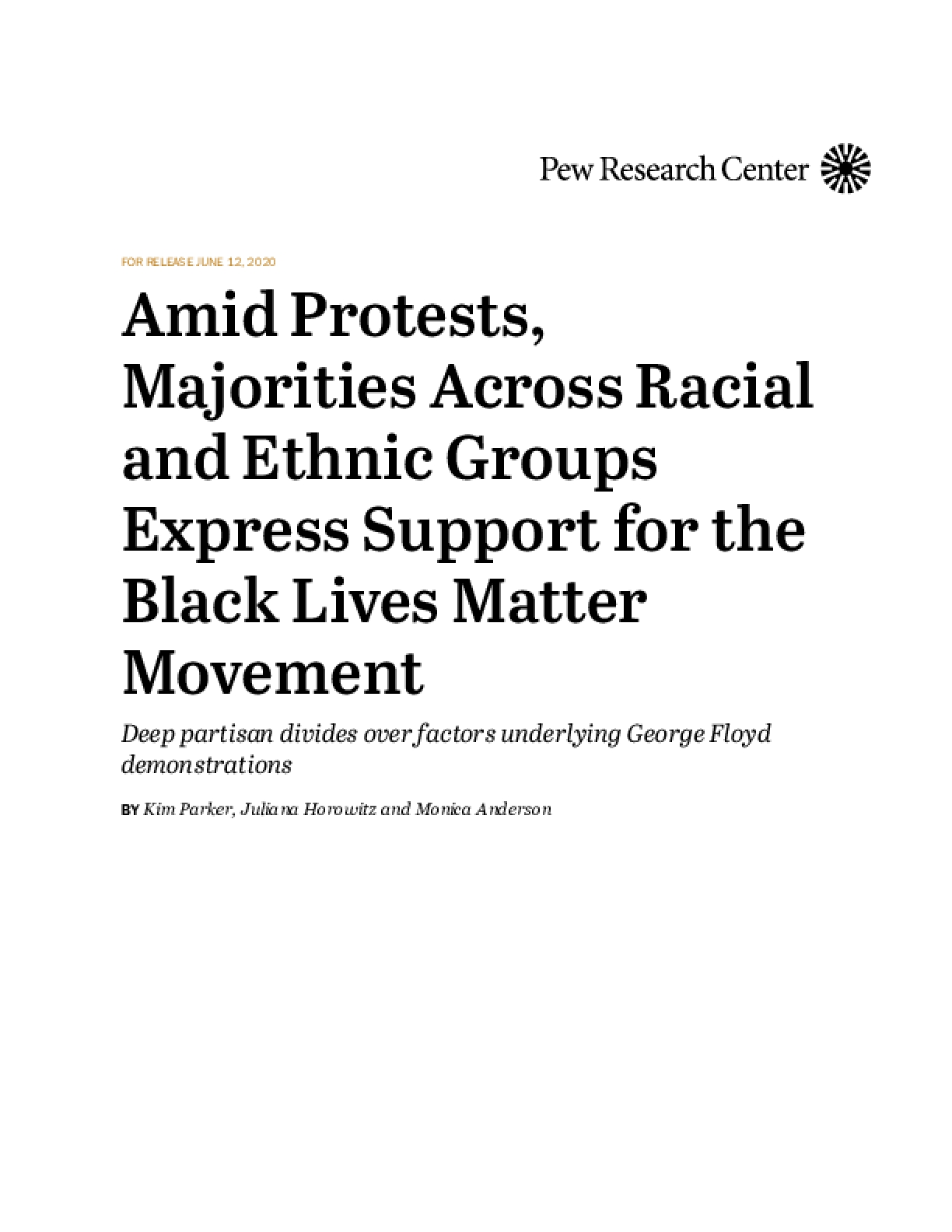