Current fiscal policy is unsustainable and large, prospective deficits and debt, driven by "mandatory" spending on social benefits for the aging population and insufficient revenues, pose an eventual threat to the U.S. economy. Yet partisan divided government has failed to address this long-run problem sensibly, instead encouraging policy that is short-sighted, arbitrary, and driven by calendar-based crises. These policies have:


· Saddled a still-struggling economy with the "fiscal drag" of a contraction in discretionary spending.


· Created general uncertainty about fiscal policy that, through its impact on financial markets, has undermined economic growth.


· Forced the first prolonged shutdown of the federal government since the first term of the Clinton Administration.


· Failed to raise the federal debt ceiling in a timely manner, conjuring the specter of a sovereign default, with all its financial and economic fallout.


Results developed here suggest that the recent fiscal drag, in combination with heightened fiscal uncertainty, has slowed the annualized rate of growth in the nation's Gross Domestic Product by as much as 1 percentage point since 2010. And while the government shutdown is, for now, more economic inconvenience than catastrophe, the consequences stemming from the failure to increase the debt ceiling could cause the next recession, even if the U.S. does not default on its debt. 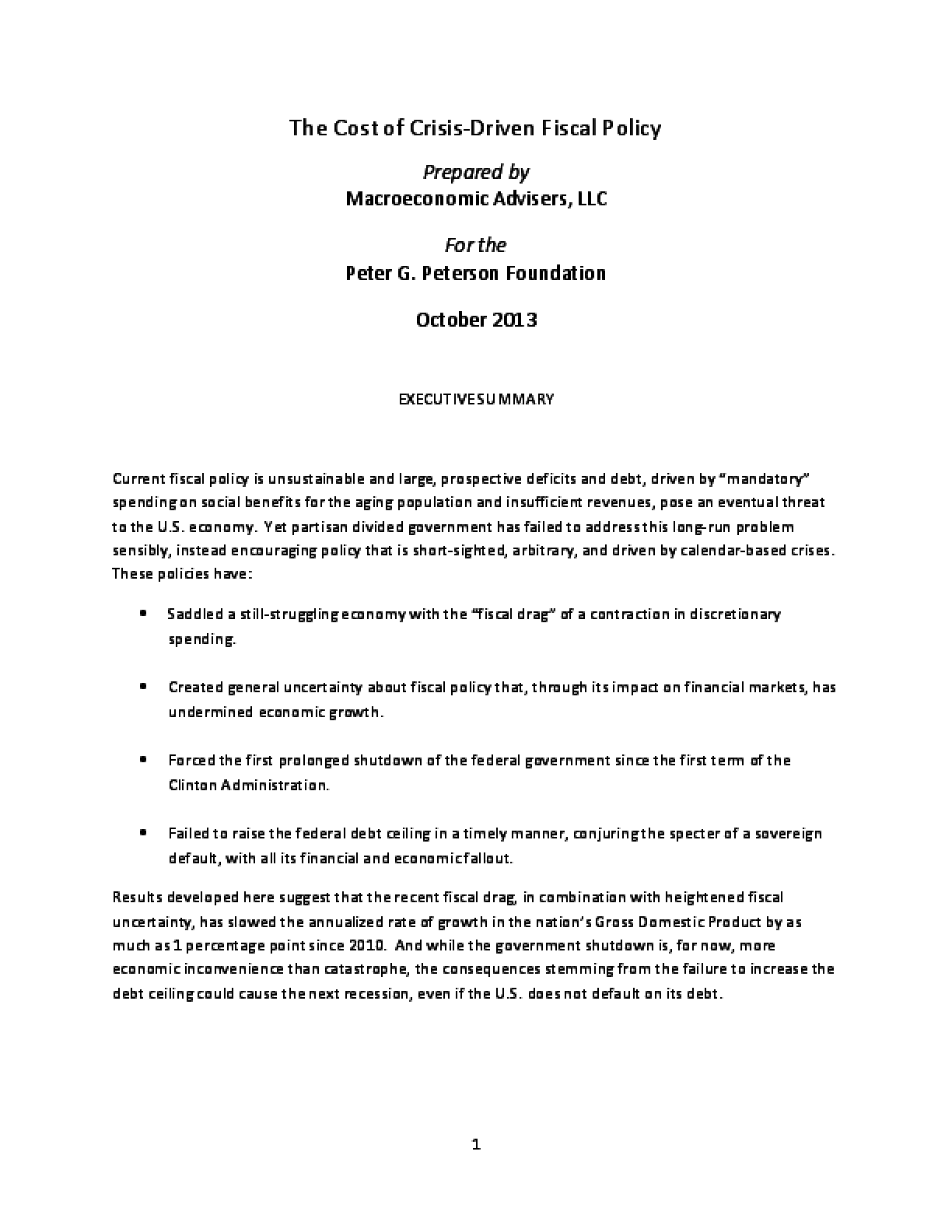