The marine biodiversity of Gabon, West Africa has not been well studied and is largely unknown. Our examination of marine communities associated with oil platforms in Gabon is the first scientific investigation of these structures and highlights the unique ecosystems associated with them. A number of species previously unknown to Gabonese waters were recorded during our surveys on these platforms. Clear distinctions in benthic communities were observed between older, larger platforms in the north and newer platforms to the south or closer to shore. The former were dominated by a solitary cup coral, Tubastraea sp., whereas the latter were dominated by the barnacle Megabalanus tintinnabulum, but with more diverse benthic assemblages compared to the northerly platforms. Previous work documented the presence of limited zooxanthellated scleractinian corals on natural rocky substrate in Gabon but none were recorded on platforms. Total estimated fish biomass on these platforms exceeded one ton at some locations and was dominated by barracuda (Sphyraena spp.), jacks (Carangids), and rainbow runner (Elagatis bipinnulata). Thirty-four percent of fish species observed on these platforms are new records for Gabon and 6% are new to tropical West Africa. Fish assemblages closely associated with platforms had distinct amphi-Atlantic affinities and platforms likely extend the distribution of these species into coastal West Africa. At least one potential invasive species, the snowflake coral (Carijoa riisei), was observed on the platforms. Oil platforms may act as stepping stones, increasing regional biodiversity and production but they may also be vectors for invasive species. Gabon is a world leader in terrestrial conservation with a network of protected areas covering >10% of the country. Oil exploration and biodiversity conservation currently co-exist in terrestrial and freshwater ecosystems in Gabon. Efforts to increase marine protection in Gabon may benefit by including oil platforms in the marine protected area design process. 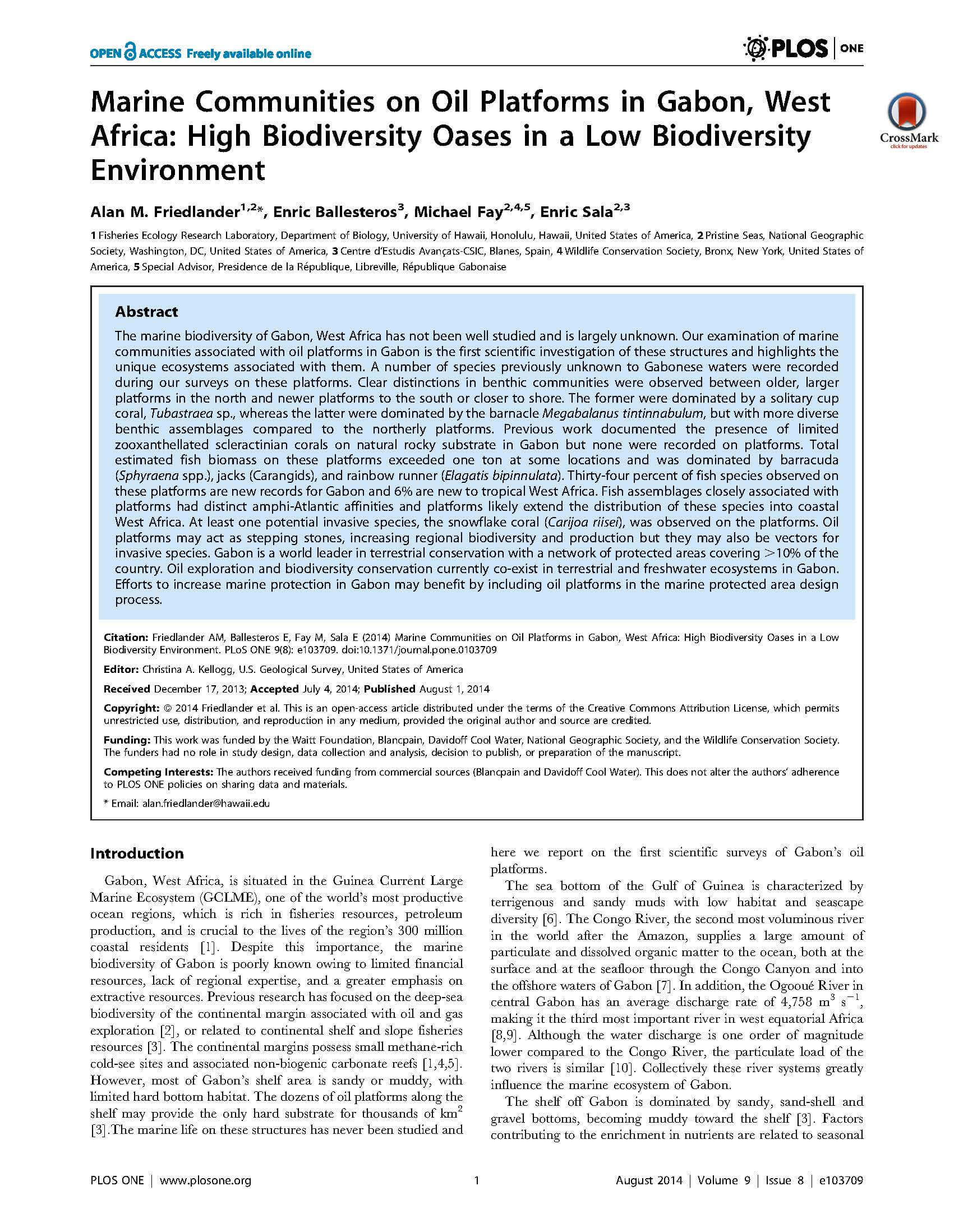