Giving to Myanmar: A Guide for Asia Philanthropy

After years of isolation from the world, Myanmar began officially re-engaging with the international community in 2011, as the country started to move towards democracy. In the years since, interest in philanthropy to the country has risen sharply among international donors – corporations, foundations, and individuals alike.

Despite being named one of Asia's fastest-growing economies in 2017, the country still has many challenges to overcome. Poverty, an education system that is out of sync with the current demands of the country, a weakened healthcare system and ethnic conflict are among its many challenges.

Myanmar is ranked 145 out of 188 countries and territories in UNDP's Human Development Index 2015. The mean years of schooling is less than five years. According to a 2017 Asian Development Bank report, 26% of the population lives below the national poverty line and four out of every 100 babies born in Myanmar die before their first birthday. Ethnic violence against the minority Rohingya community has also been in international news for most of this past year.

Against this backdrop, Asia Philanthropy Circle (APC) is pleased to launch the first of several cross border giving guides to increase the impact of philanthropic giving in Asia. Interviews were conducted with philanthropists, civic leaders, and other stakeholders from Singapore, the US, and Myanmar to best capture the issues and trends on the ground. 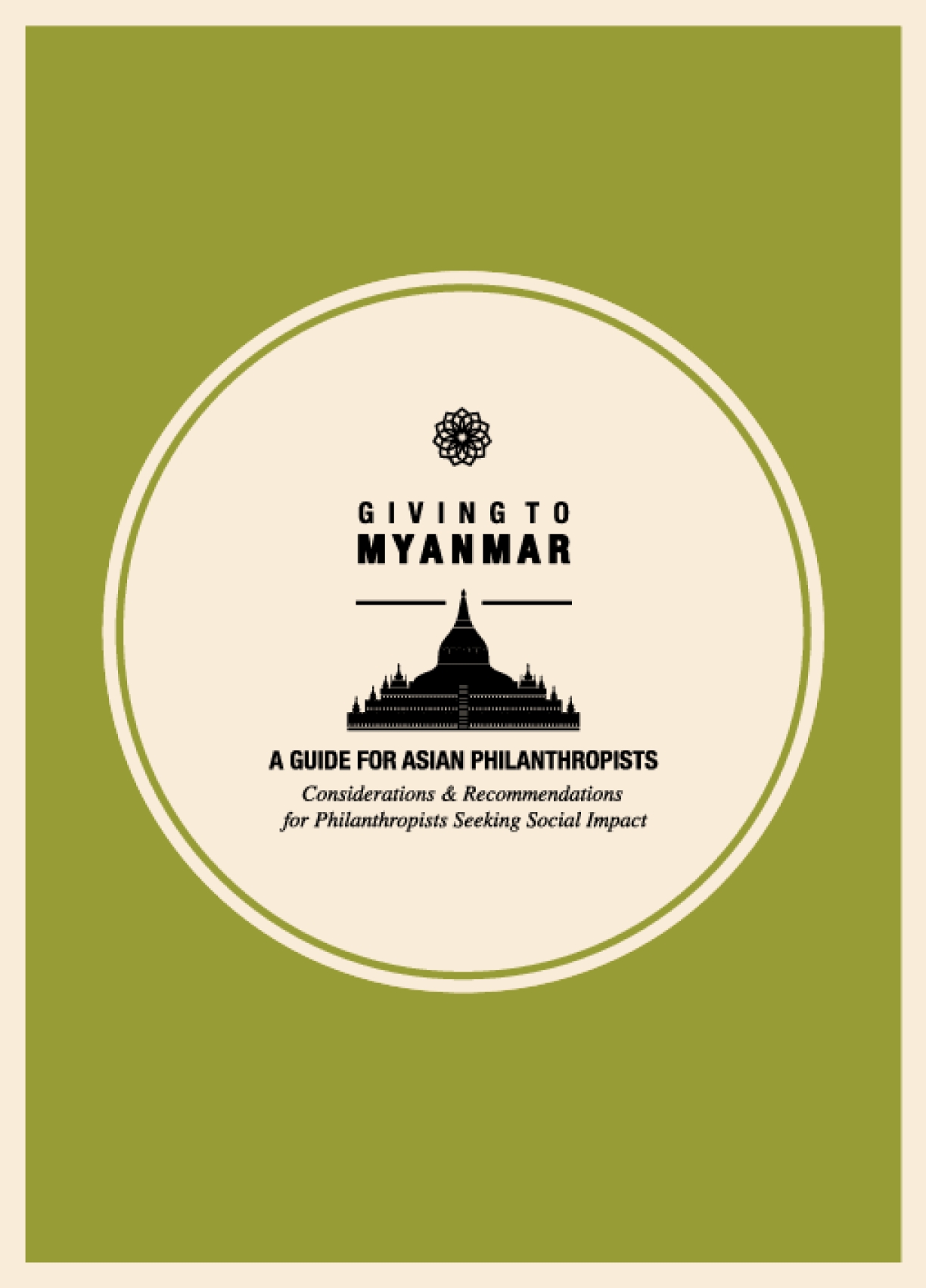