A new 20-year study shows a link between children's social skills in kindergarten and their well-being in early adulthood.

Researchers from Pennsylvania State and Duke Universities analyzed what happened to nearly 800 kindergarteners from four locations after their teachers measured their social competency skills in 1991. The children were evaluated on a range of social behaviors, such as whether they resolve peer problems, listen to others, share materials, cooperate, and are helpful. Each student then received a composite score representing his or her overall level of positive social skills/behavior, on a scale from ("not at all") to 4 ("very well"). The research team monitored these students and the positive and negative milestones each obtained until they turned 25.

Using a variety of data sources, including official records; reports from parents; and self-reporting by the participants, researchers recorded whether the students obtained high school diplomas, college degrees, and full-time jobs. They also kept track of whether students developed a criminal record or substance abuse problems, among other negative outcomes. 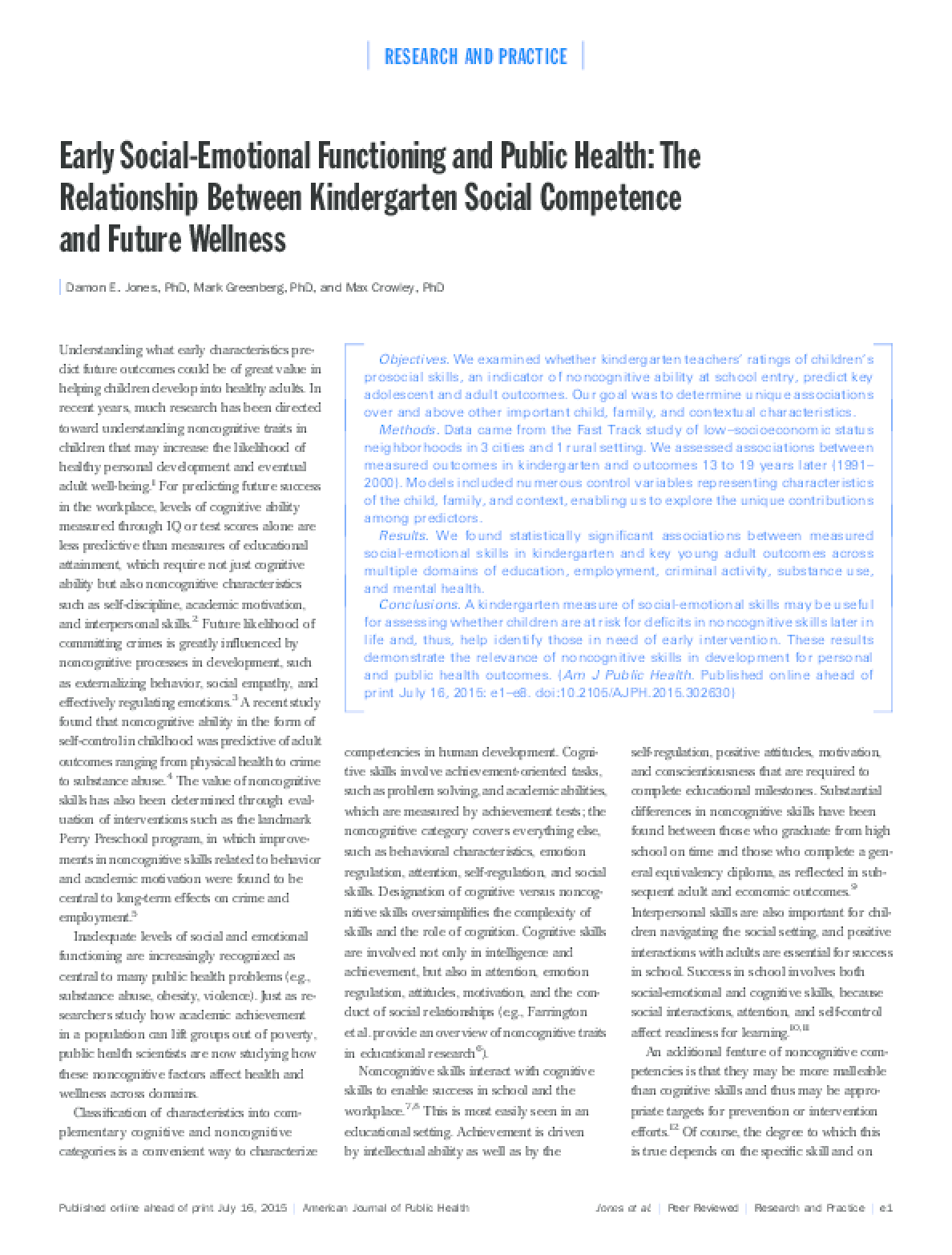